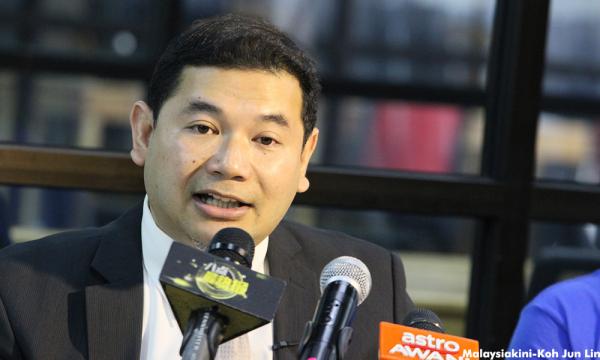 Rafizi to use refund from NFC trial for bright students

PKR vice-president Rafizi Ramli has expressed his intention to distribute a majority of the refund of RM300,000 from winning a High Court appeal, as a scholarship for high-achieving students.

This followed the Putrajaya High Court's decision today which ordered the National Feedlot Corporation Sdn Bhd (NFCorp) executive chairperson Mohamad Salleh Ismail to refund a total sum of RM300,000, which included the RM200,000 in damages and RM100,000 costs which was paid by Rafizi to him.

However, Rafizi said that his intention is pending the plaintiff's appeal at the Apex court.

"I am sure the plaintiff will make an appeal at the Federal Court.. if I remain a winner at the next stage, I will not take a single sen from whatever amount is granted by the court in regard to this NFC case," he said in a statement.

The money initially paid to Salleh (below) was crowdfunded by the public in July 2017, Rafizi added.

Some of the amount will be used to settle legal costs to his lawyers, namely Ranjit Singh, Razlan Hadri Zulkifli, Ng Siau Sun and Michele Navinder Kaur.

"They had handled my court cases in regards to NFC for free (pro bono) since 2012," he said.

After settling the legal costs, Rafizi said the money will be returned to the people as scholarships.

"Some high-achieving university students will be given RM5,000 per person, and RM500 for bright Form Five students. They will be picked from those who come from low-income families, regardless of race."

He said the refund is a small step towards recovering RM250 million from the NFC.

In August last year, the Finance Minister Lim Guan Eng said the NFC still owes the government a total of RM248.9 million (as of June 30, 2018).

In 2013, Salleh and NFCorp sued Rafizi, claiming that he (Rafizi) had made a defamatory statement on March 7, 2012 at a press conference at the PKR office on the purchase of KL Eco City properties, which was published by Malaysiakini on the same day.

Rafizi was also ordered by the High Court to pay RM100,000 costs to Salleh.

The High Court, however, dismissed Salleh's suit against Malaysiakini.