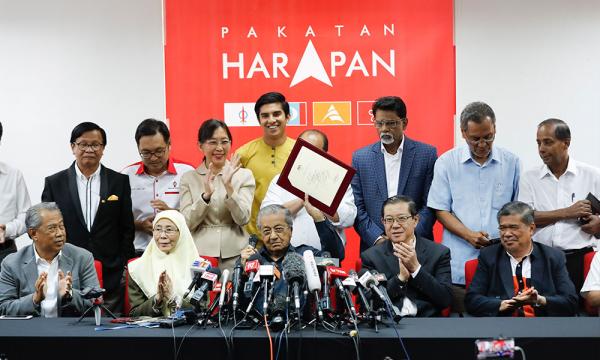 Harapan pressed to tackle youth unemployment in its second year

Pakatan Harapan, which celebrated its first anniversary in government recently, must work harder at improving the economy for youths in the next four years of its mandate.

In a statement issued today, Malaysian Youth Council (MBM) president Jufitri Joha said that many youths voted for Harapan as they wanted to see their economic status improved, but the situation has remained the same after one year.

To address this, MBM proposed several measures which the government could take to help youths who are currently faced with various economic issues.

This includes setting up a cabinet committee to tackle unemployment among youths.

"This committee should consult youth groups to resolve this problem of unemployment," Jufitri said.

"We also propose that the government increase the minimum wage to RM1,800 (a month) in the coming five to 10 years."

Jufitri also proposed that the government increase development and facilities throughout the country, especially in Sabah, Sarawak, Kelantan, Perlis, Kelantan and Terengganu.

He said the development should also include increased internet access and speed to rural areas, so as to encourage the digital economy and prevent youths from migrating to urban areas.

“The MBM also wants the government to allocate funds for e-entrepreneur training, and under the Malaysian Digital Economic Corporation (MDEC) to encourage the involvement of youths and the public in the digital economy and boost the national economy,” he said.

Jufitri said the MBM will continue to play a role as a pressure group and strategic partner in national development for the benefit of youths.