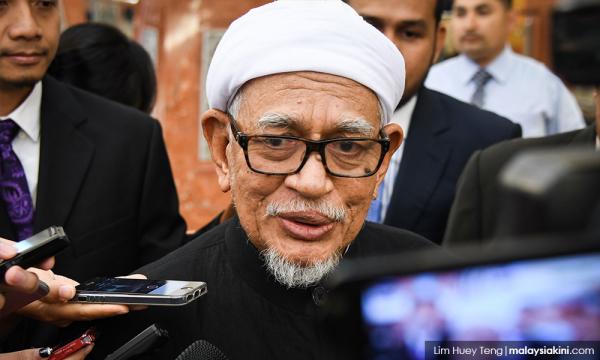 PAS member Zaharudin Muhamad said his revelation about a "dedak cartel" in the party received the blessing of PAS president Abdul Hadi Awang, his father-in-law.

Zaharudin said his critics had tried to urge Hadi to ask him to withdraw his allegations which were posted on Facebook.

"The cartel at the time had started prodding Tok Guru (Hadi) to ask that I stop my Facebook posting.

"As usual, they gave half-baked information claiming that I was engaging in friendly fire on Facebook.

"In the end, I explained my reasons and Tok Guru gave his blessing for me not to retract my writing," he said in a Facebook posting.

In the end, Zaharudin (photo) said a "bigger bomb" emerged in the form of a recording by PAS supreme council member Nik Abduh Nik Abdul Aziz.

He initially denied being the person in the recording, but later admitted it was him after being outed by PAS secretary-general Takiyuddin Hassan.

Nik Abduh later claimed he had lied with Hadi's blessing.