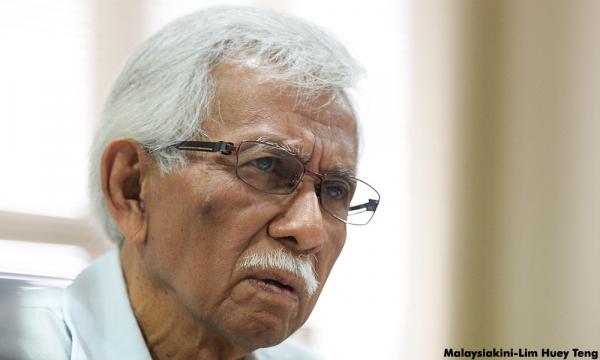 Despite the prime minister claiming that some civil servants are out to undermine Pakatan Harapan, one of his closest advisers has called on the government to trust them if it wished to ensure political longevity.

In an interview with the South China Morning Post, Daim Zainuddin went so far as to state that the government would be "dead" if it did not begin working with the country's more than 1.6 million civil servants.

"You plan policies, then you say (to the civil servants), take over.

(When) you don’t trust them, they just sit down," he was quoted as saying in the interview published today.

The former chairperson of the Council of Eminent Persons claimed that many civil servants have expressed their unhappiness over the extent of political appointments in ministries.

While not dismissing Putrajaya's claims of sabotage, including by Prime Minister Dr Mahathir Mohamad, Daim noted the trust deficit must be worked on.

Civil servants, he believes, are likely to back the government of the day, even if they had only served one government all this while.

"That I don’t know (sabotage claims). But you have to work with (the civil service). Without them... you are dead.

"The civil servants have been coming to see me. They say 'Oh, minister doesn’t trust me...' and they (the political appointees) run the ministry," he said.

"And you try now to discard them? You cannot."

Daim, who served as finance minister during Mahathir’s first tenure, pointed out that civil servants and their families are also voters.

“I have been telling them, whether you like it or not, there are 1.6 million civil servants. And we are paying them every day.

"Can you imagine? One, plus a wife. Plus one child. (There are votes there, so get them on your side or) you are in trouble. You know?” he was quoted as saying.

Daim's remarks come just two days after Mahathir said that certain quarters, including those in the civil service, are unhappy with the Harapan administration due to its efforts to combat corruption.

"There are some who feel the government is not as good as the previous one because this government does not allow bribes," he had said.

"There are some who feel this government should not continue, but (the country) should go back to being a corrupt government which benefits them."

Mahathir had previously claimed that a culture of sabotage existed among civil servants in explaining the government's move to "clean up" its agencies and departments.

In March, his deputy Dr Wan Azizah Wan Ismail also reminded civil servants of different political affiliations not to sabotage the government, but serve the people.