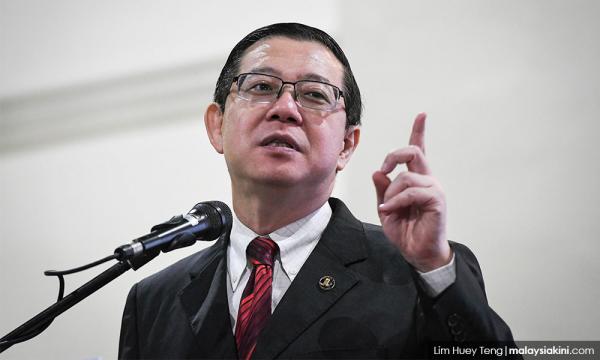 No chance of 'another 1MDB' rearing its ugly head

The government will ensure there is no opportunity for "another 1MDB" to rear its ugly head in the country, Finance Minister Lim Guan Eng said today.

Lim said Putrajaya's top agenda was to restore credibility and trust in the government and in public institutions by upholding integrity and fighting corruption.

"There can be no better case study of public and corporate governance than the very scandal of 1MDB, which brought down a ruling government, which had been in power for more than 60 years," he said in his keynote address at the launch of the Corporate Governance Monitor 2019 in Kuala Lumpur today.

"The outrageous abuse of power by the then finance minister and prime minister, the scale of embezzlement and misappropriation which took place involving tens of billions of ringgit, inflicted a heavy toll on the nation, making Malaysia the global capital of kleptocracy."

Lim's speech was read by his political secretary, Tony Pua.

The finance minister said the government launched the National Anti-Corruption Plan (NACP) in January this year to achieve the national aspiration of making “Malaysia known for her integrity and not corruption” and build a corrupt-free nation that upholds transparency and accountability.

Parliament has even introduced a corporate liability provision in the MACC Act 2009, where a commercial organisation and its directors may be found liable for acts of corruption committed by any persons associated with the organisation, including its employees.

“Hence, in line with restoring the country’s health and credibility, we are pleased to note that the Malaysian Code on Corporate Governance (MCCG) recommends that boards establish a Code of Conduct and Ethics which contain policies and procedures on anti-corruption,” he said.

Meanwhile, Lim also called on the Securities Commission to look into more balanced compensation for employees in well-performing companies to be included for its CG Monitor report next year.

“We should, however, not limit ourselves to just looking at the CEOs' remuneration. If Malaysian companies perform, the contribution of their employees should be duly rewarded.

“Compensation of employees in Malaysia as a percentage of GDP stood at only 35.2 percent in 2017, whereas countries such as Singapore and South Korea are well above 40 percent,” he said.

He said corporate Malaysia needs to play its part to ensure that Malaysian workers earned a decent wage with a good work environment.