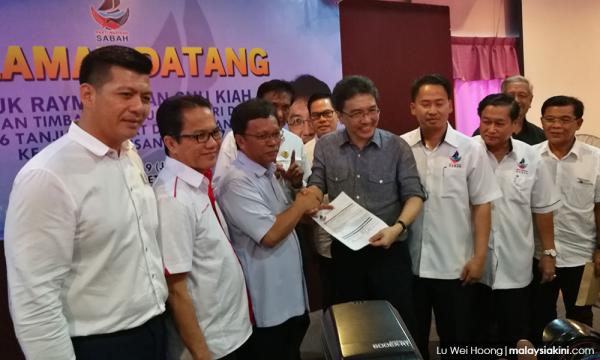 At a ceremony in Sandakan today, Tan, 60, handed over his membership form to Warisan president Mohd Shafie Apdal, who is also Sabah chief minister.

Speaking to reporters afterwards, Tan said he was doing so because Warisan was the best platform for him to contribute towards the development of Sabah.

“After the last general election, I felt it was time to retire from politics because age was catching up but Mohd Shafie asked me to continue contributing.

"So that is why I decided to join Warisan,” said the former vice president of Gerakan who was a five-term assemblyman for Tanjung Papat until he lost the seat in the 14th general election last year.

Meanwhile, Mohd Shafie said Tan, having been a deputy chief minister and state minister in Sabah under the previous BN government, would be an asset to Warisan and the state.

He also said that the Warisan-led government in Sabah had the full support of its allies, Sabah DAP and Upko as well as the Pakatan Harapan-led federal government. - Bernama