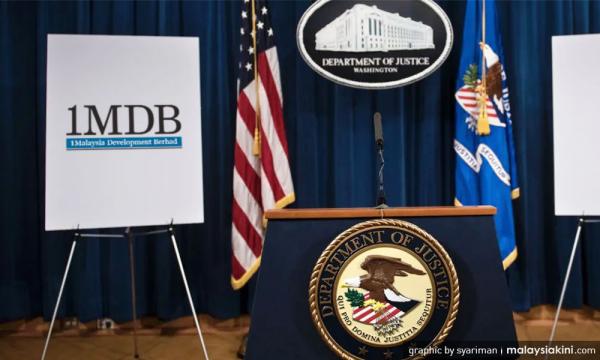 US and Singaporean authorities are preparing to return more than RM930 million allegedly misappropriated from 1MDB, according to Bloomberg.

Quoting those familiar with the matter, it said the funds slated to be returned by the US authorities amounted to about US$200 million (RM828 million), which included the US$140 million from the sale of a stake in New York’s Park Lane Hotel and some US$60 million from a settlement paid by the producer of the Wolf of Wall Street movie.

The transfer could happen as soon as next week, said two people on condition of anonymity.

The report said representatives of the US Department of Justice (DOJ) did not immediately respond to a request for comment yesterday after regular business hours.

Meanwhile, Singaporean authorities, according to Bloomberg, are expected to return about S$35 million (RM106 million).

This was the sum surrendered by former Goldman Sachs banker Roger Ng and his family in connection with the 1MDB scandal.

Yesterday, the DOJ revealed that the “custodian” of a set of 1MDB-linked diamond jewellery – purportedly given to Evelyn Goh, the mother of fugitive businessperson Jho Low – has agreed to return it to the US.

In a May 1 court filing sighted by Malaysiakini, the DOJ stated it has reached an agreement with the said's custodian lawyer for the return of a pair of diamond earrings with a matching diamond ring worth US$1.7 million.

Following this, Low, speaking through his attorneys, said the surrender of the jewellery does not amount to an admission of wrongdoing.

Prime Minister Dr Mahathir Mohamad has appealed to various countries to help track and recoup the US$4.5 billion which is believed to have been misappropriated from 1MDB.