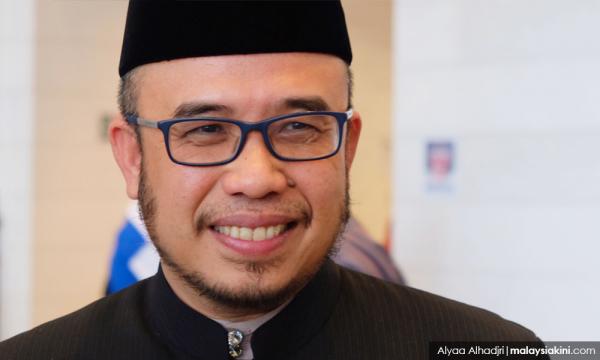 Perlis mufti Mohd Asri Zainul Abidin remained steadfast in his assertion that Muslims are being bullied under the new government, telling Dr Mahathir Mohamad to listen to the "reality" on the ground.

"There has been a lot of news this morning about Mahathir's statement 'Perlis mufti deaf' in relation to my criticism that the voices defending Islam are being heard less by the leaders of today's government. Muslims do not feel safe."

"Anyone who can listen to the concerns of the people, that is the reality being voiced by all levels of Muslim society in the country. I am unsure who is the deaf one," Asri stated, in response to criticism by the prime minister.

In a Facebook posting today, the mufti went on to suggest that perhaps the premier was merely "hurt" (terguris) by Asri's criticism as the two had a good relationship.

The mufti referenced an inscription purportedly written by the premier to him in a copy of Mahathir's memoir "A Doctor in the House", a picture of which was also attached to the post on social media.

In the inscription, signed to Asri, were penned the words: "The doctor (Asri) is truly brave in your efforts to correct the religious teachings which confuse and divide the Malay Muslims in Malaysia.

"[...] Do not set aside the truth for fear. A struggle free from challenges and opposition is not a true struggle."

In response, Asri today stated that he would hold to that philosophy, even if it meant going against a Mahathir-led leadership.

Mahathir had yesterday labelled Asri as "deaf" over the latter's criticism of Harapan's defence of Islam.

"If he could hear, he would have heard about how we have done all sorts of things for Muslims and for Islam," Mahathir had said last night.

This came following an earlier social media posting by the mufti, in which he also criticised the recent arrest of independent preacher Muhammad Zamri Vinoth Kalimuthu for allegedly insulting Hinduism in a sermon.

Asri defended Vinoth, described as a student of controversial preacher Zakir Naik, claiming that the former had contributed to building good inter-religious relations and was arrested for merely "sharing his personal experience in converting to Islam".

Asri also claimed, among others, that those involved in cases insulting the Prophet Muhammad and Islam merely had their statements recorded.

However contrary to his claim, there has been a number of arrests and charges involving those who have insulted Islam and the Prophet online under the new government, with one Facebook account holder even being sentenced to a 10 years and 10 months jail term.

However, Saifuddin lamented that despite these efforts, "those who cause the problems are heralded as the fighters of race and religion".