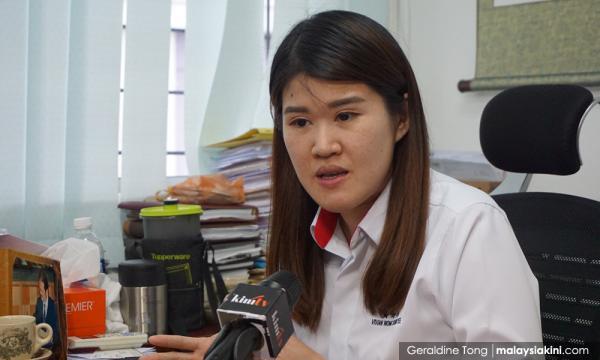 DAP regrets criticism on candidate after cleaning of Muslim cemetery

SANDAKAN POLLS | Sabah DAP said they regret the criticism against their Sandakan candidate Vivian Wong after she participated in a DAP programme to clean a Muslim cemetery in Kampung Sim Sim, Sandakan this morning.

They said Vivian was merely continuing what her late father and incumbent Sandakan MP Stephen Wong had done during his time as the elected representative in Sandakan.

"It is regretful that this was seen by the opposition and some members of the public as a political gimmick.

"In fact, this is a normal practice during (Vivian's) late father Stephen's time.

"By cleaning the cemetery, we are continuing what our late Stephen had begun doing in order to ensure that his legacy will be continued and we hope that this Sandakan by-election can be an example of unity and harmony, which our late Stephen had exemplified through his life," said Sabah DAP publicity secretary Phoong Jin Zhe in a statement today.

Phoong was referring to a viral screenshot of a Facebook posting by a user named "Awang Aslee" which included a picture of Vivian cleaning a Muslim cemetery.

The posting, which had gone viral on WhatsApp, described it as an "act" to ridicule Muslims in Sandakan.

"When did Sandakan women (amoi2) join in cleaning and mourning the graves of Muslim people as shown in the picture unless it is to ask for votes?" the user also sarcastically questioned.

Phoong said DAP did not want to respond to this viral screenshot initially but he said the opposition had gone too far in putting down this "kind gesture".

"God knows we have been doing these since a few years back during the late Stephen's (photo, below) time, all the way back in 2015.

"It is not something unusual in Sandakan and Sabah to clean our cemeteries. It has nothing to do with race or religion. We did it with good intentions and a good heart," he said.

Phoong stressed that this had never been an issue in the past as it never garnered any publicity like the programme this morning and he regrets it was politicised during this election period.

"This clearly shows this was not done for election purposes. It is a normal practice here in Sabah as racial and religious sentiments should have no place in Sabah politics," he said.

The Sandakan by-election was triggered by the death of Stephen on March 28.

Today is the second day of campaigning. The polling day is set to be on May 11.

There are 39,777 voters in Sandakan, with 51 percent Chinese voters, 26 percent Sabah bumiputera, 16 percent Malays and seven percent others.