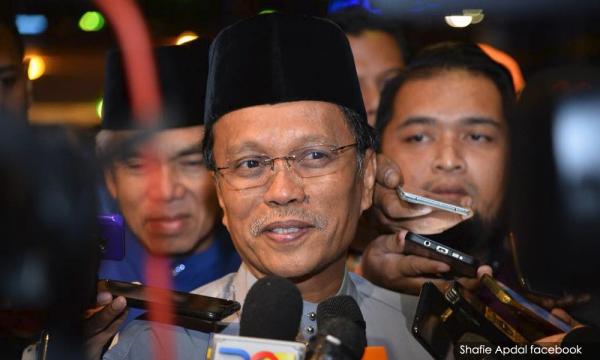 “Just like how the late Stephen Wong won the seat in the past two general elections with the DAP logo, we are going to do the same this time.

“Warisan-Harapan-Upko will give our full support to the candidate, Vivian Wong,” Shafie said yesterday during a town hall session programme, as reported by The Borneo Post.

DAP also announced its candidate during the town hall session.

Vivian is Wong’s youngest daughter and she will be defending the Sandakan seat in the May 11 by-election.

Shafie said even though Warisan is the ruling party in Sabah, it will not take this by-election lightly.

"We (Warisan) will work hard to ensure DAP retains the Sandakan seat," said Shafie, who is Warisan president.

Stephen, who was the state health and people’s wellbeing minister, passed away on March 28.

The nomination day for the Sandakan by-election is tomorrow (April 27) and polling will be held on May 11.

During GE14, Pakatan Harapan used the PKR logo to contest in seats in Peninsular Malaysia, while its Sabah and Sarawak chapters used the logos of their respective component parties.

After Harapan's rise to power and its official registration, the coalition decided to use Harapan logo for post-GE14 by-elections.

However, the use of the Harapan logo is not going to be followed in this Sandakan by-election.