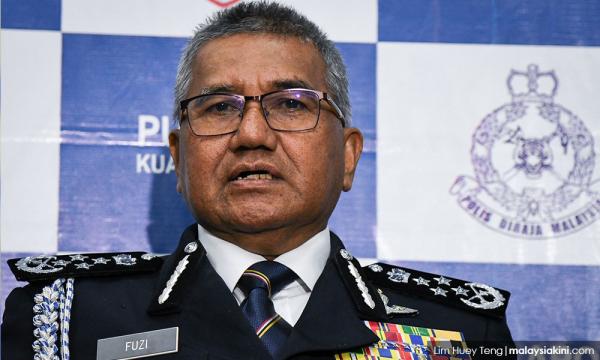 The Islamic State (IS) terrorist group has now made Tawau and Sandakan in Sabah the new transit points for militants to enter the southern Philippines and Rakhine, Myanmar.

Inspector-general of police Mohamad Fuzi Harun, who revealed this in Ipoh yesterday, said the group had increasingly turned to Southeast Asia as its new hub following heavy defeats in Iraq and Syria.

“We are always closely monitoring the issue, and from time to time, arresting those militants who want to enter the southern Philippines.

“They are not only from among our citizens but also other nationals, for example, Indonesia, as well as other countries around Southeast Asia,” Bernama reported Fuzi as saying after attending the Pingat Jasa Pahlawan Negara award ceremony for the Perak police.

Fuzi was responding to questions on Defence Minister Mohamad Sabu’s statement that the defeat of IS terrorists in Iraq and Syria was not an end to their violence.

Mohamad said this was because IS-trained terrorists were spread all around the world and remained a threat to global peace and security.

Fuzi said the strength of the IS terrorist group was diminishing as the number of militants, which previously stood at 45,000, had now been reduced to 35,000.

“This information is based on intelligence gathering and exchanges with fellow agencies. So, the issue here is they are currently looking at new sites.

“Southeast Asia, the southern Philippines as well as Rakhine in Myanmar, are among their targets,” he said.

Fuzi said in Europe, the terrorist group is now focusing on Balkan countries like Bosnia.

“We are always monitoring the IS issue closely, not only at the domestic or regional levels but also globally,” he said, adding that there had been no recent arrests of IS militants in the country.

Also yesterday, PKR president Anwar Ibrahim advised Islamic bodies to be vigilant against religious fanatics and extremist groups that promote terrorism among Muslims in the name of Islam.

"I strongly condemn the action of the Islamic State militant group that claimed responsibility for the suicide attacks at several churches and hotels in Sri Lanka. The violent act is against the teachings in the Quran,” Anwar said in a statement.