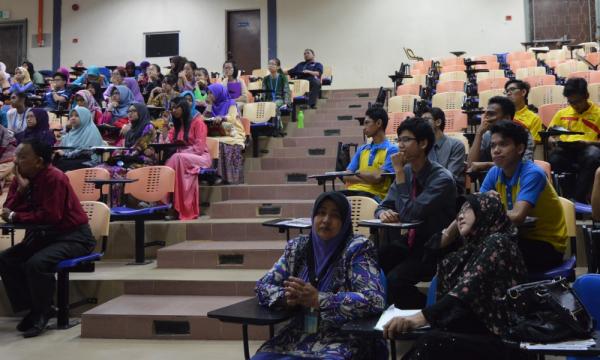 COMMENT | Education Minister Maszlee Malik has announced that the bumiputera quota for matriculation programmes will remain at 90 percent while increasing the intake from 25,000 to 40,000. Non-Malay admission will only receive an increase from 2,500 to 4,000 places despite the hype about constructing a “New Malaysia” after the majority of non-Malay voters contributed to Pakatan Harapan’s victory at the 2018 general election.

The perpetuation of this deeply flawed and racially discriminatory policy is cause for a sense of betrayal amongst democratic Malaysians who had been led to expect more inclusivity and meritocracy from the “new” Pakatan Harapan government.

The Harapan manifesto promised to reform the education system to make national schools “the school of choice”. The manifesto included commitments to return residential schools to their original focus on low-income students and indigenous peoples without focussing on racial quotas.

The Education Blueprint formulated by the previous BN administration promised:

“By 2025, the ministry aspires to increase access to and enrolment in higher education. If Malaysia were to successfully improve tertiary enrolment rates from 36 percent currently to 53 percent (and higher education enrolment from 48 percent to 70 percent), this will bring Malaysia on par with the highest enrolment levels in Asean today. This growth scenario will require an additional 1.1 million places by 2025, mainly through growth in technical and vocational education and training (TVET), private HLIs and online learning.”

Note that through all that grandiose phraseology scripted by international consultants McKinsey, there is no mention that the decades-old racial discriminatory policies regarding enrolment in public institutions such as the matriculation programmes would continue.

The reality is that even within the national education system, non-bumiputera suffer discrimination such as in access to scholarships, special schools and tertiary institutions. For decades we have witnessed the annual spectacle of non-bumiputera with straight As being rejected for entry into the courses of their choice at public sector universities.

At the same time, there is an extensive provision for bumiputera education. There are at least 42 fully residential elite Maktab Rendah Sains Mara (MRSM) (Mara junior Science Colleges) with 12,440 places also in the fully residential schools.

These schools have been almost exclusively reserved for Malay-Muslim students with perhaps a few token non-bumiputera who excel in sport to add glory to the schools. Non-bumiputera students are largely excluded from other elite schools such as the Royal Military College, the Aminuddin Baki Institution, matriculation courses and the Malay College Kuala Kangsar despite the fact that these institutions are all funded by Malaysian taxpayers.

The university entrance criteria are not transparent and appear to be based on arbitrary factors. The same lack of transparency applies to the eligibility criteria involved in the selection process for the choice of courses, award of scholarships and loans for study.

Preference for admission into public universities is reserved for the bumiputera, with the other 19 public universities having an overwhelming Malay majority in their enrolment. And it cannot be overstated that all of this is funded by all taxpayers.

There is also discrimination in the allocation of students to competitive courses. Only a handful of seats in medical faculties of the public sector universities are made available to non-Malays. For example, out of the 62,000 diploma places and 60,000 degree places at 27 polytechnics in Malaysia in 2010, only a small number of places were allocated for non-Malay students regardless of their qualifications.

The Malay-based parties and their legal advisers arduously try to avoid this inconvenient truth: the quota system that has been practised in the country since 1971 was never part of the 1957 independence agreement. It was through the terror unleashed by the May 13 incident that the country was presented with a fait accompli by the new Umno ruling class who proceeded to amend Article 153 with a new clause (8A):

“…where in any university, college and other educational institution providing education after Malaysian Certificate of Education or its equivalent, the number of places offered by the authority responsible for the management of the university, college or such educational institution to candidates for any course or study is less than the number of candidates qualified for such places, it shall be lawful for the Yang di-Pertuan Agong by virtue of this article to give such directions to the authority as may be required to ensure the reservation of such proportion of such places for Malays and natives of any of the States of Sabah and Sarawak as the Yang di-Pertuan Agong may deem reasonable; and the authority shall duly comply with the directions.”

This is the “quota system” we have lived with for the last forty years or so and which has created so much acrimony for that length of time. Strictly speaking, if we were to go by Umno’s “social contract” at independence in 1957, that “social contract” certainly does not include Clause 8A of Article 153 since this clause was introduced 14 years later.

And if we scrutinise this Clause 8A more closely, we will see that it is definitely not a carte blanche for the blatant racial discrimination as is the case of enrolment at institutions such as UiTM. The pro-bumiputera enrolment policy at UiTM and for the matriculation courses make a mockery of the quota system itself and the justification of any affirmative action.

Compared to the affirmative action policies of other countries, for example, the US, we find some glaring inconsistencies in this country:

2. Any preferential treatment for any group should be followed by specific goals, quotas and sunset clauses rather than the “never-ending policy” of the NEP in Malaysia;

3. The definition of “the Malays” being an under-represented group is imprecise and flawed when any Muslim who is not ethnically Malay can claim to be a beneficiary;

4. Affirmative action should be extended to all discriminated groups, for example, women and other marginalised groups.

This gross racial discrimination in the Malaysian education system is one of the biggest obstacles to national progress and development. If the education minister and the new Harapan administration cannot see this, we will continue to flounder as a nation with this never-ending flawed education system.

Education is the crucial institution for developing an inclusive society that is just and tolerant, that respects diversity, equal opportunity and participation of all peoples. Our national education philosophy calls for developing the potential of all in a holistic and integrated manner, so as to produce individuals who are intellectually, spiritually, emotionally and physically balanced and harmonious.

This will never materialise when racially discriminatory policies abound. The government’s call for promoting integration by doing away with vernacular schools rings hollow when there are institutions such as UiTM.

It is time for the new education minister to turn his attention to equitable education access for all citizens to our national institutions, to think of ways to develop quality institutions, national integration and academic freedom. To start with, he should review and reform our policy of student intakes at all levels of colleges and universities, including the matriculation programme, with the aim of striking a balance between fair representation of ethnic groups, special assistance for the B40 regardless of ethnicity while maintaining academic excellence of all our institutions.

With such an inclusive vision and policy, Harapan could facilitate the growth of an education system that proudly welcomes its richly diverse peoples equitably, empowers all poor out of poverty and taps into the talent of all its citizens for the good of all:

“Ensuring that each individual has an equal opportunity for educational progress remains a challenge worldwide. Sustainable development emphasises inclusion and equity as laying the foundations for quality education. International human rights treaties prohibit any exclusion from, or limitation to, educational opportunities on the basis of socially-ascribed or perceived differences, such as by sex, ethnic/social origin, language, religion, nationality, economic condition, ability. Reaching excluded and marginalised groups and providing them with quality education requires the development and implementation of inclusive policies and programmes”. - the Unesco Convention against Discrimination in Education, 1960.