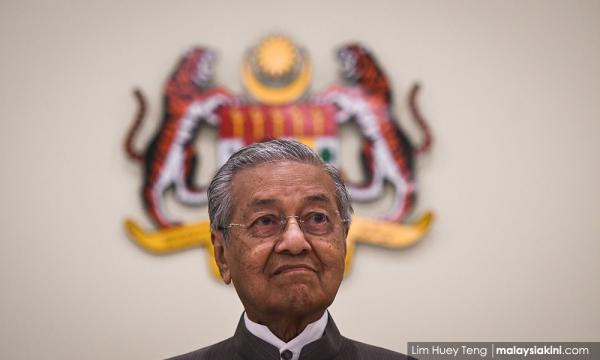 KINI ROUNDUP | Here are the key headlines you may have missed yesterday, in brief.

1. Prime Minister Dr Mahathir Mohamad claimed in a blog posting that the constitutions of Johor and Terengganu were "nullified" when the Federation of Malaya was formed.

3. The cabinet agreed to increase student intake into the pre-university matriculation programme from 25,000 to 40,000, but the quota system allocating 90 percent of the seats for bumiputeras remains in place.

5. Former Perlis police chief Zul Aznam Haron told the Wang Kelian Royal Commission of Inquiry that the delay in the handling of the mass graves in Wang Kelian was due to orders from the then inspector-general of police, Khalid Abu Bakar.

6. Arau MP Shahidan Kassim was granted a discharge not amounting to an acquittal by the Kangar Sessions Court on a charge of molesting an underage girl in his car six months ago - after the victim refused to testify.

7. Bukit Aman has stepped up security measures in the country following Sunday's bomb attacks in Sri Lanka, including increasing its surveillance outside places of worship across the country.