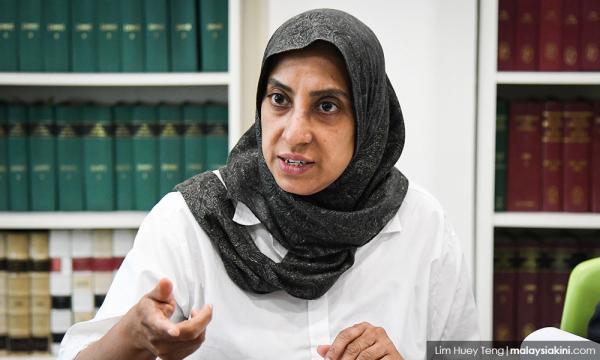 Latheefa Koya is the latest to join the chorus of protest over the Federal Court's decision to impose a 30-day prison term and RM40,000 fine on lawyer Arun Kasi for contempt.

The Lawyers for Liberty (LFL) executive director pointed out that the same issue which landed Arun in trouble was raised by Court of Appeal Judge Hamid Sultan Abu Backer in his affidavit.

She noted the affidavit prompted the government to announce that a Royal Commission of Inquiry (RCI) would be formed to investigate the explosive allegations of judicial misconduct.

“Why go after Arun then? Easy target?” she asked in a Twitter posting this evening.

Hamid had filed his affidavit on Feb 14 in support of lawyer Sangeet Kaur Deo's application to declare that the chief justice had failed to defend the integrity and credibility of the judiciary in connection with two alleged incidents of judicial interference.

The police are also investigating the contents of the affidavit which, among others, claimed that certain members of the judiciary have been aiding private parties to defraud the government.

His offending statements were in relation to the Federal Court expunging a dissenting judgment by Justice Hamid in the case of Leap Modulation Sdn Bhd vs PCP Construction Sdn Bhd.

Arun had previously asserted that his comments constituted fair criticism.

Justice Ramly Ali, who led a five-member panel, held that Arun's statements undermined public confidence in the judiciary, ridiculed, scandalised and offended the dignity, integrity and impartiality of the court.

The court also dismissed Arun's application for a stay of execution of the ruling.