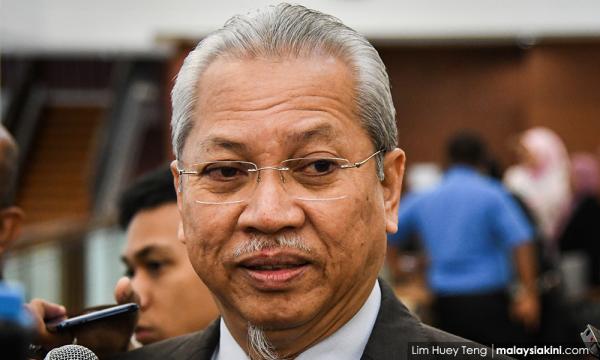 Malaysian politicians, like their counterparts across the globe, took to social media to condemn the bombings at several churches and hotels in Sri Lanka, which have claimed close to 300 lives.

The Ketereh MP, who was quick to censure Australian senator Fraser Anning over his remarks regarding the attacks in Christchurch, New Zealand, did not touch on what happened in Sri Lanka in his tweets.

Instead, he asked: “Siapa tukang tweet? (Who is the person tweeting?)”

This was in reference to the minister's tweet in English, which condemned the bombings in Sri Lanka as a barbaric act. Annuar appeared to suggest that someone else had tweeted on behalf of Mohamad, who is also known as Mat Sabu.

This prompted other users to respond that it could not be Mohamad himself given the latter's lack of fluency in the English language.

Soon after Malaysiakini published this article, Annuar posted a tweet condemning the attacks, saying the perpetrators must be brought to justice. Whereas Mohamad Sabu's earlier tweet was deleted.

Fortunately, other politicians chose not to tread the same path as the Umno leader and focused on the attacks.

“In fact, it goes against the teachings of Islam which demands that Muslims respect the faiths of others and forbids damaging places of worship even during times of war.

“PAS wishes to stress that religious tolerance is crucial in establishing harmony in a nation. PAS expresses solidarity with Sri Lanka to restore peace,” he added.

Umno lawmaker Khairy Jamaluddin shared his prayers and thoughts with Sri Lanka over the “evil attacks.”

“Thoughts and prayers for Sri Lanka and the victims of the evil attacks. Terrorism has no borders and doesn’t discriminate. We must condemn and continue to advocate for peace,” he tweeted.

“In every religion and society, extremism is the enemy against tolerant and self-respecting members of society, irrespective of religion and belief,” he added.

“I am sorry I have no words for the attack on Sri Lanka churches and hotels on Easter Sunday,” she tweeted with a tearing emoji.

“Easter is a joyous occasion for Christians and to commit such an act on such a day or any day is truly condemnable. Our prayers are with Sri Lankans during this difficult period,” she said.

“We are confident that the Sri Lankan government will take every action to arrest and punish the remaining perpetrators of this heinous attack.

“Sunday’s atrocities bring great sadness to the Malaysian people, and we pray that Sri Lanka and her people will be able to quickly recover,” he added.

CNN reported that the eight coordinated explosions have killed at least 290 people, including foreign nationals, and injured another 500.

Sri Lanka's Prime Minister Ranil Wickremesinghe said yesterday there had been prior warnings about the multiple explosions.

He said the reason for not taking action would be investigated.