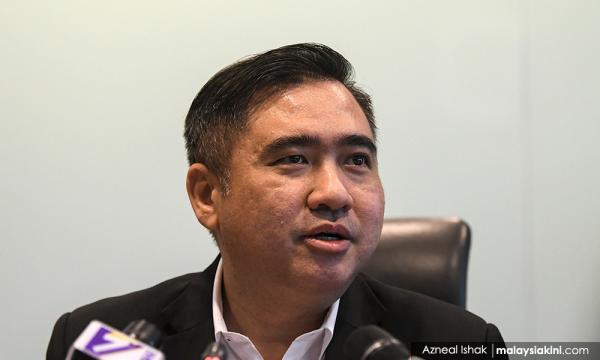 “We are working on the supplementary agreement for six months and looking at other options on how to reduce the cost,” he said at a joint press conference with Singaporean counterpart Khaw Boon Wan after a welcome ceremony for Firefly’s inaugural landing at Seletar Airport today.

Earlier this month, Putrajaya requested a six-month extension from Singapore to make a decision on the RTS Link.

A bilateral agreement on the project was signed in January 2018 during the previous BN administration.

The RTS Link, aimed at addressing congestion in the daily commute between the two countries, was initially scheduled for construction this year and for completion by December 2024.

The project would cover 4km of rail linking Bukit Chagar in Johor Baru and Woodlands in Singapore, with the capacity to ferry 10,000 passengers per hour.

Meanwhile, Khaw (above) pointed out that there is no provision for suspension in the bilateral agreement, unlike that of the Kuala Lumpur-Singapore High-Speed Rail.

"However, in the spirit of bilateral relations we can always work out some amendments," he said, adding that "the immediate first step is to settle, finalise and sign the supplementary agreement which can be done soon."

On the high-level committee set up to review the existing airspace arrangement in which Singapore air traffic controllers manage airspace over southern Johor, Khaw said: “They are in the process of talking.”

The committee is co-chaired by Malaysia's secretary-general of transport and Singapore's permanent secretary for transport.

"With the right goodwill (it will be a) win-win situation. We can always find common ground and some win-win solutions. Of this I am very confident," he said.

Putrajaya plans to retake control of the airspace over southern Johor.