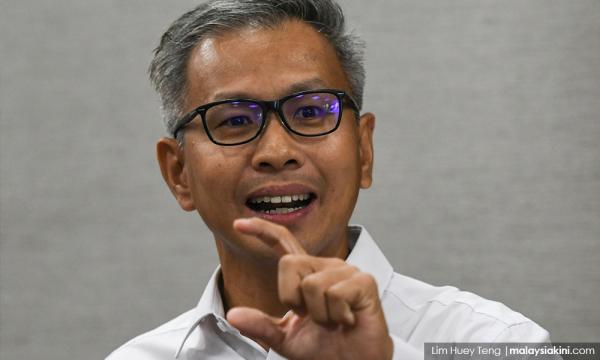 MP SPEAKS | Bloomberg's credibility was damaged when a UBS so-called 'economist' who can't tell the difference between a budget deficit and a current account deficit was invited to give views on Malaysia.

During a Bloomberg interview on April 11, 2019 hosted by David Ingles, I had to shake my head in disbelief when the invited guest, Kelvin Tay of UBS Global Wealth Management, cast extremely negative views on Malaysia based on wrong facts and outright bias.

Any analyst worth his salt covering Malaysia should definitely know that.

For example, in 2018, Malaysia registered a current account surplus of 2.3 percent of the GDP. Given Malaysia’s very healthy trade surplus so far, the country’s current account balance will remain in surplus for 2019.

Malaysia is a diversified economy

This is completely incorrect. Malaysia is well-recognised by rating agencies and the investment community as having a fairly diversified economy with mining (including the oil and gas sector), manufacturing and services making up 7.9 percent, 23.0 percent and 55.5 percent of the 2018 GDP respectively.

Perhaps Tay was trying to highlight that oil and gas revenue is expected to contribute approximately 30.9 percent of 2019 government revenue.

Even so, the UBS fund manager failed to highlight that the underlying contribution of oil and gas revenue as a percentage of government revenue is projected to be only 22.0 percent, after fully discounting the one-off special dividend from Petronas.

As announced by the finance minister in his budget speech, a one-off special dividend of RM30 billion is offered by Petronas with the specific intent of contributing to RM37 billion of GST and income tax refunds which were hidden and undisclosed by the previous regime.

In fact, oil and gas revenue as a percentage of the government’s total revenue has been declining over the years, with the peak being 44 percent in 2008.

Fiscal deficit target is intact, with pro-growth policy in place

As a direct result of Tay’s misguided understanding of Malaysia’s economy above, he went on to conclude that weak Brent crude oil prices – currently hovering at $71 per barrel – would negatively affect Malaysia’s growth since the Government was projecting Brent to average US$70 per barrel this year.

Tay failed to acknowledge the fact that every US$1 decline in crude prices will only affect approximately RM300 million of government revenue, and hence even with a US$10 decline, the overall revenue impact will only be RM3 billion.

Any such negative impact on government revenue as a result of weaker oil prices would be compensated by the new revenue measures which were announced by the finance minister in his budget speech, but has not been included in the government's official budget figures. The new measures are expected to raise an additional RM4 billion to RM5 billion of revenue for the government.

Finally, Tay claimed a political paralysis in the country. This is untrue. On the contrary, most will certainly agree that Malaysia was paralysed by the 1MDB crisis before the change of government in May 2018.

However, with the change in power, Malaysia has now received a fresh renewal impetus, with the government pushing hard for greater transparency, improved governance, reduced corruption and increased competition.

These reforms are difficult, will create short term headwinds and will take some time to demonstrate results. Nonetheless, the persistence of the new administration to carry out the reforms will certainly strengthen the country’s fundamentals to create continued economic growth when the global economy recovers its steam.

The new government commands a comfortable majority in the Parliament, controlling 63 percent of the seats in the Lower House. The fact the Malaysian government has successfully renegotiated the cost of multiple large high-profile infrastructure projects down proves there is no paralysis and indeed, the government is pressing on with various institutional reforms it promised to the Malaysian electorates.

Bloomberg is a global media giant with humongous traction and audience. Tay’s ‘sensational’ interview with Bloomberg has been viralled widely on the social media to cast very negative aspersions of Malaysia.

I would further like to state that we welcome fact-based criticisms and constructive commentaries. Malaysia, like any other country, isn’t perfect and is doing its best to recover from the damage caused by the previous kleptocratic administration.

Bloomberg, with the power it wields, certainly has a duty to fact-check information presented by their guests, especially when the mistakes were so elementary. If the information is outright false and damaging, they should be corrected.

TONY PUA is the MP for Damansara and political secretary to the minister of finance.