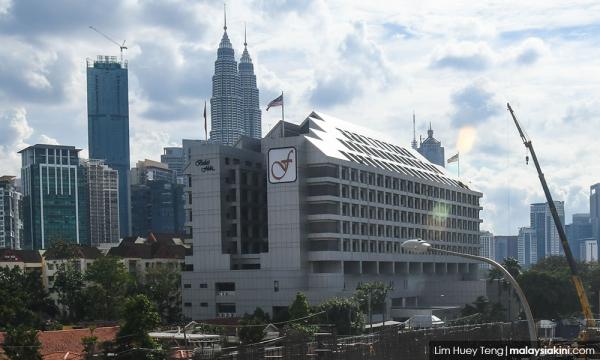 We need your support to turn Felda around, deputy minister tells settlers

Federal Land Development Authority (Felda) settlers are being urged to get behind government's revival plan and uphold the original objective of the agency.

Deputy Economic Affairs Minister Dr Mohd Radzi Md Jidin said the Pakatan Harapan (PH) government had worked out a turnaround plan to achieve that objective by allocating RM6.23 billion solely to care for the settlers’ welfare and turn Felda into a great institution once again.

“Among the key issues is the existing model. When the farms are operated on a small scale, the economies of scale do not enable all the settlers to benefit."

"So we need to change the business model by consolidating all existing farms to reach economies of scale in our activities to ensure a lower cost, higher productivity and better returns to settlers,” he said during the Ruang Bicara programme on Bernama News Channel here last night.

He said it was not an easy task to revive Felda, which had reached a very critical state when PH took over the country's administration following the 14th general election.

By then, Felda's cash reserves had dwindled to only RM35 million compared with the billions of ringgit that it used to have.

Radzi said this did not include the liabilities in the form of debts that must be repaid.

In the period from May 2018 to the tabling of the Felda White Paper last week, the government has made a special allocation of RM577 million for Felda, he said.

However, due to the high liabilities that had to be borne by Felda, there was some delay in the payment of, the cost of living allowance, among others, he noted.

On the role of the new generation of settlers, Radzi said the government was aware they played an important role in making Felda a great institution and turning the settlement areas into an economic hub.

Hence the government had, among others, allocated RM1 billion for settlers to produce new crops, including promoting the involvement of the new generation in high-technology farming that could yield premium products.

He said the government had also decided to spend RM250 million to complete housing projects that had been abandoned since 2016 but were at least 70 per cent completed for the benefit of the new generation.

“We are targeting to complete the units this year. Almost 5,000 families will benefit,” he added.