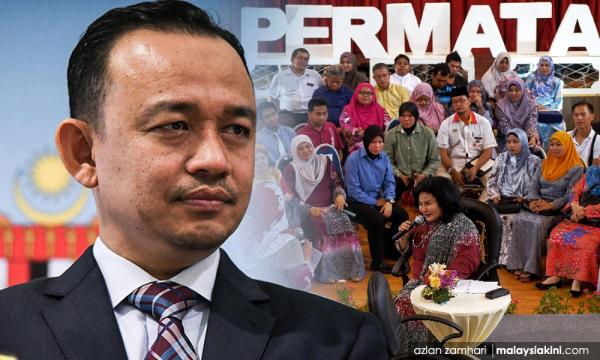 The National Permata Programme (Permata), which was the brainchild of former premier Najib Abdul Razak’s wife Rosmah Mansor, will be rebranded by changing its name to 'Genius', said Education Minister Maszlee Malik.

“Even though its functions and roles will remain the same, there are several programmes which will be improved, in terms of quality.

“The cabinet has made the decision on this rebranding to make it more competitive and motivated,” he was quoted as saying by Berita Harian.

Soon after the May 2018 general election, Rosmah expressed hope that the Pakatan Harapan government would continue with the Permata programme as it was close to her heart.

“I would like to see Permata carry on, but I leave it to the present government. Whatever they deem fit.

“I want to apologise to the parents and children that these things happened. I hope they are able to take it, because I am close to all of them,” she had said then.

Deputy Prime Minister Dr Wan Azizah Wan Ismail later said the government would not pull the plug on the programme.

However, she said it would be audited and reviewed first.

“We – the Harapan government and Prime Minister – have said what is good will continue.

“We will have to audit and review it, including the allocation, cost-effectiveness and results,” she added.

The Permata programme is meant to spur early education for children.