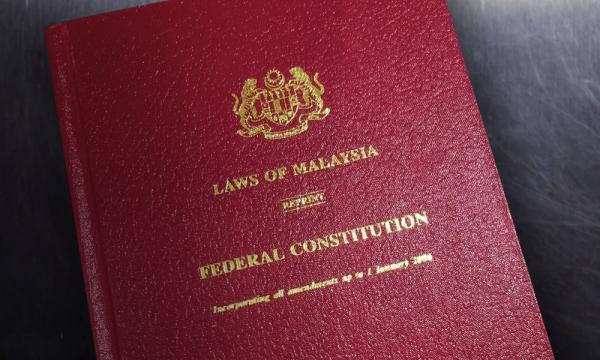 COMMENT | In English, a male monarch is called “king”, in Arabic “malik”, in German “konig”, in Japanese “tenno” and in Danish “konge”.

Whether one is a king, konig, malik, tenno, or konge, almost all surviving 21st-century officially recognised kings and queens are constitutional monarchs.

There are also hundreds or maybe thousands of unofficial monarchs around the world. These are people who lost their thrones and kingdoms when the people decided to do away with the monarchy, the latest being the king of Nepal in 2008.

I am prompted to discuss this issue once again in the light of the controversy surrounding the decision of the PAS government of Kelantan to disallow the picture of the Yang di-Pertuan Agong from being hung in state government offices and premises. It was later reversed after widespread condemnation.

I am also alarmed by the tendency of a handful of princes to stray into the realm of the ordinary people by making politically-charged statements against the elected government. I think this is a dangerous game to play.

It must always be remembered that constitutional monarchs are governed by the law of the land, in which the constitution is supreme.

Nobody, not even the monarchs, is above the law. The King and state rulers are immune to legal action only in the performance of their prescribed official duties.

The constitution is supreme

Unlike their subjects, the monarchs are apolitical and above politics. They do not get involved in the rough and tumble of politics.

The monarchs are immune to prosecution only in the performance of their official duties. Members of their families are not.

That is why, in Europe, princes and princesses are often tried in court for criminal offences and have to apologise publicly if they stray into the realm of the common people.

Only the malik of Saudi Arabia and the sultan of Brunei (below) are absolute monarchs where everything in their kingdoms, including the dignity of their people and the wealth of their lands, belongs to them.

The rest of the monarchs are not. Even the sacred king of Thailand is not an absolute ruler. He is still nominally a constitutional monarch, but he is protected and insulated by the very tough lèse majesté law of his kingdom.

As such, we have not one, but many monarchs. We have nine state rulers. Seven are referred to as sultan, one as yam tuan besar (Negeri Sembilan) and the other raja (Perlis).

Among them, they choose in five-yearly rotation a supreme King that we call the Yang di-Pertuan Agong. So, in all, we have 10 monarchs in a country of 32 million.

We have no problem with that. We hold our monarchs in high esteem. We enjoy the royal pomp and pageantry, and are willing to put up with their traffic-stopping motorcades.

According to modern lore, it seems that some cheapskates of all races and creeds even lobbied and paid good money to get honorific tittles from the monarchs.

And don’t forget the taxpayers. They spend hundreds of millions ringgit annually to keep our monarchs warm and safe on the “takhta” (throne) in glittering palaces. One royal palace is reputed to cost RM1 billion.

And in our national anthem, “Negaraku”, we even throw in a prayer for our King:

In English, this means: “God-given blessings of happiness, may our King reign in peace.

Thus, as I have been saying repeatedly, God’s blessing of happiness to our King is conditional upon His Majesty confining himself to the “takhta” (throne).

In one article on the subject of constitutional monarchy published on this blog, I went on to say that in praying for God’s blessing, we do not say that our King may reign in peace in the boardroom, or in the forest looking for timber to harvest and minerals to mine.

What I meant was our King and rulers should concern themselves only with their prescribed official duties, and not be involved in business and compete with the rakyat.

That article and an earlier one on the royal expenditure resulted in a great many police reports being made against me for alleged sedition. I have since gone to the Bukit Aman federal police headquarters twice to have my statements recorded.

We are now living in the age of the Internet when walls can hear, the ceiling can see and the floor can talk. Nothing is secret or sacred anymore - not even what transpires in the bedrooms or in a far, far away land.

So it is very precarious for any ruler and his “royal” menteri besar to assume that what transpires in the weekly audience and exco meeting is a secret.

The weaker or the more detested a menteri besar, the more that the “rahsia” of the exco meeting would pour out.

That is why it is important to have a credible, intelligent and trustworthy person as menteri besar.

A menteri besar is answerable to the people of his state and the prime minister who recommended his appointment. Sadly, that is not the case with all menteris besar.

As for the princes who feel that the people are not respecting them enough, or think that they can freely take to social media to lambast the elected government, my message is simple: come down from your royal perch and do Muhammad Ali’s rope-a-dope in the political arena.

We also have Tengku Azlan Sultan Abu Bakar of Pahang and, still very much a politician, Tengku Razaleigh Hamzah of Kelantan.

The French people got rid of King Louis XVI, not because of the eloquence of Robespierre, but because when they had no bread to eat, their queen, Marie Antoinette, allegedly told them to eat cake – a case of a monarchy out of touch.

More recently – in 2008 – the Nepalese people gave King Gyanendra two weeks to vacate the throne and declared themselves a republic after members of the royal family murdered each other and the country sank into anarchy.

If our monarchs are unwilling to be responsible for any extreme action of the government in an extraordinary circumstance like war, we can always amend the constitution so that they can be exempted from being part of such an action.

Otherwise, we must recognise the legislative and executive powers of the elected government.

A KADIR JASIN is a veteran journalist and media and communications adviser to the prime minister.