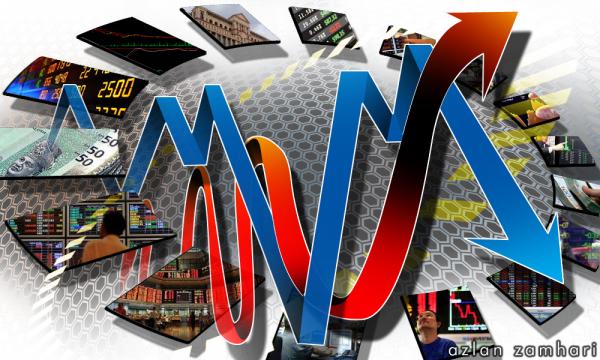 Gov't should get out of business - and stay out

COMMENT | The debate on whether the government should be in business or running a business and making business decisions is not a new one. In the past, the BN government went ahead with this business strategy, often under the pretext of assisting the bumiputeras in business.

Today, this argument no longer holds any water as it has been proven that the strategy has only benefited the Malay elite and not the entire strata of the bumiputera category.

The issue has been expounded many times over and yet nothing new has come out of it - except for reports on continued losses, failures and closures of government-owned business. As such, a brand new line of thinking ought to take shape within this new Pakatan Harapan government.

In parallel, there is also the issue of civil servants being tasked to manage government-owned business organisations. The sub-set question is, since when do our civil servants double up as business experts to advise bumiputera entrepreneurs on how to run their businesses? This needs to be addressed too.

It also brings into focus the long-held belief that the government knows all - to govern, to regulate, to plan, to budget, to tax and to spend. But to run businesses too? Certainly not.

This fallacy needs to be expunged immediately under the current Harapan government. About time, too, this new Harapan government withdraws from getting entangled in business decisions and enterprise management, a field which it does not have the expertise in and definitely not the reason why Harapan was voted for, in the first place.

Selling off these business units, preferably through an open and competitive tender, would most likely make the government more popular and more endearing to many Malaysian voters.

After all, it has been proven before that many of the privatised outfits that are successful today were lethargic and loss-making when in the hands of the government. So why not use the same successful formula that has worked in the past?

A commercial entity is all about understanding the market, understanding your customers in the face of competition, making quick business decisions, making new investment decisions, formulating business policies, serving the customer needs, as well as charging reasonable sums to enhance your revenue streams. At the end of the month or in the quarter of a year, the revenue should exceed the costs.

These are but some of the routine needs of business organisations. Yet civil servants' skills are the opposite of these business elements. Understanding the market, customers and competition and making quick market decisions are not definitely their main forte.

Their understanding of operating expenditure is never measured against operating income. Costs are not measured against revenue. There is no profit element built into civil servants' mentality, nor does it form a major item in their equation.

Which civil servants are trained to act on some of the routine needs of business organisations? They were not graduates of business schools before they joined the government. They never learned business management while serving in government enforcement units, or while drawing up new sets of regulations for their departments.

Let’s be sensible about the current state of affairs. What makes the Harapan government think these mono-lingual civil servants can perform as business entity board members and contribute business value propositions to these government-owned business organisations? These are basic questions which the Harapan government needs to deal with and seriously consider in order to move forward.

How government enterprises perform or suffer is mainly due to the management structure of the government itself - helmed by civil servants. This business strategy should not be continued. Due to their insufficient knowledge, lack of business acumen and business experience, the organisations helmed by them have failed, and now is the best time to review and revise their management strategy.

For instance, there is the current bad habit of putting the ministry’s secretary-general (or KSU) in the operating units or agencies. What exactly is their role in these business operating units?

KTMB, for instance, has a civil servant each from the Finance Ministry, the Transport Ministry and the Malaysian Industry-Government Group for High Technology (Might) sitting on its board. Malaysian Airports (MAHB) is also the same. So are scores of other companies that operate hotels, racing circuits, construction, water supply and housing.

Similarly, many other government-owned enterprises, especially those under the Finance Ministry and Khazanah Nasional, are littered with officials from the same ministries that are supposed to regulate them.

Isn’t there a conflict of interest between an operating unit and the regulator? Can a civil servant differentiate between such a conflicting role?

The Harapan government should not copy this BN approach and repeat the same mistakes of the previous government. It should not use the same business model to manage these business enterprises as was practised in the past.

Harapan should realise by now that it is not in the best interest, politically, to continue to manage businesses that have “Fail” signs written all over them. The ruling party should not be thinking about turning around these businesses because the current crop of civil servants are not business turn-around managers by profession. Business acumen is not in their DNA.

The Harapan government should get rid of these loss-making enterprises, as well as others, by selling them off to the highest bidders. The days of government running big businesses are over. They are better off concentrating on regulatory reforms and setting up a more even playing field for all the three business groups of people to compete more effectively.

There are many areas of business which are dominated by a single group of people due to historical reasons, business monopolies, licences and APs, business distributor networks, capital outlay requirements, etc, and these need to be corrected and rectified too.

Approved permits (AP) for many commodities, for instance, continue to be owned and dominated by the same elite class of people and traded by the same group of businesspeople. This framework should be dismantled immediately. The government should set up the right regulatory frameworks for competition to flourish and for each business sector to be more effective.

Obviously, the failure of MAS is glaring and it is a classic example of the failure of government-owned enterprises, but there are also many others that the Harapan government needs to contend with. Not counting the state level enterprises, owned at the state government level, which are equally in very bad financial shape, too. They all need to be disposed of quickly.

ROSLI KHAN is a practising transport and logistics professional, academician, consultant and company director with over 30 years of experience.