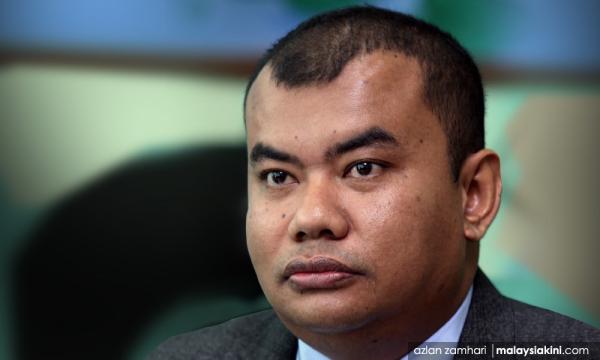 Johor Department of Environment director Datuk Dr Muhammad Ezanni Mat Salleh (above) has denied that his doctorate degree is fake, as was viralled on social media recently.

He said he completed his Doctorate degree (Engineering) in Electric Systems at Universiti Malaysia Perlis (UniMAP) on September 8, 2015, and the convocation ceremony was held on September 19 the same year.

“My name is also in the Education Ministry’s database. I have a letter of confirmation for my academic qualifications which has been verified by the deputy vice-chancellor (academic and international), Professor Tan Sri Dr Rezuwan Kamaruddin,” he told reporters at the Johor Bahru Sessions Court today.

Muhammad Ezanni, who was at the court to witness a case involving three suspects connected to the chemical contamination of Sungai Kim Kim, also showed his qualification papers to the media.

Commenting further, Muhammad Ezanni said after completing his studies, he served in the public sector as an environment control officer beginning 2004.

"I am a Public Service Department scholarship holder, and I have a contract with it,” he said.

He said following the condemnations he received, he lodged a police report at the Pelangi Police Station here on March 15 for investigation of the people who spread the claims.

“I advise the public to be cautious and check the accuracy of a report before believing it, because it can affect a person’s reputation and good name,” he said.

Recently, a message went viral on the social media claiming that Muhammad Ezanni’s doctorate degree was false and his post was not in the same field as his studies.