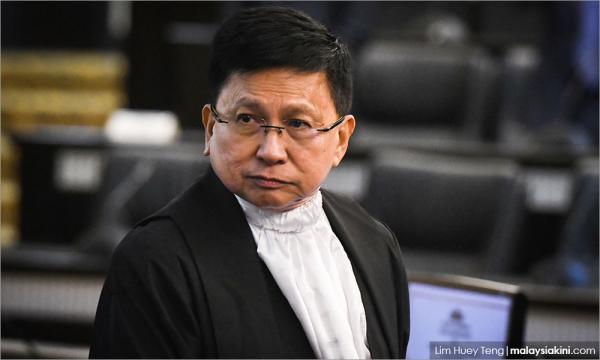 Work with us to end poor image – CJ tells bar

Chief Justice Richard Malanjum has called on the Malaysian Bar to work with the judiciary to shed the negative perception of the public towards the judicial system.

He said the participation of the legal fraternity is necessary as the matter concerned both parties.

“For instance, if there is name-dropping - by lawyers mentioning the names of judges, prosecutors or investigating officers in order to impress their clients, imagine the impact when they (clients) do not understand the system.

“It is quite destructive to the image of the judiciary,” he said in a speech at the launch of the Report on the International Framework for Court Excellence (IFCE) at a hotel here today.

Malanjum said that so far there are no guidelines as well as professional public relations in the judicial system to handle public perception.

"In other countries that I know of, like Singapore, they have good public relations to deal with the mass media, especially in today’s world of social media,” he said.

The IFCE report touches on seven areas to assist the courts by introducing a path of improvement.

The Chief Justice said that last year, the judiciary scored only 840 points out of the maximum 1,000 points of the assessment.

“We are trying to achieve the high end of the assessment and, with the report, we hope we can do it but need to work harder and try to achieve the maximum marks,” he said.

The report was compiled in collaboration with the United Nations Development Programme (UNDP) and the National Center for State Courts, a non-profit organisation charged with improving judicial administration around the world.

At the same event, the Judiciary also launched a new segment entitled ‘Self-Represented Litigant’ in its official website that provides information and procedures to the people who choose to represent themselves in civil or criminal cases in court.

Members of the public are advised to make their complaints, inquiries and suggestions via WhatsApp to the Malaysian Judiciary at 013-2807841.