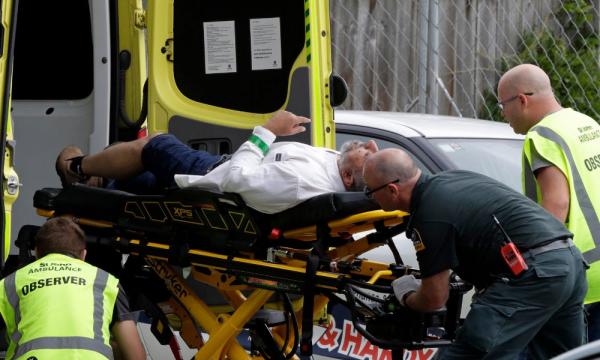 In a statement today, Azmin said Anning had chosen to vent his prejudice and hatred against Islam and Muslims instead of condemning the acts of violence.

"Australian Senator Fraser Anning’s statement blaming the mass shootings in Christchurch on immigration and Islam is utterly contemptible and illogical.

"With others are mourning and expressing sympathy for the families and loved ones of the victims of this heinous hate crime, Senator Anning’s remarks are highly insensitive as well as being totally unwarranted and racist," said Azmin.

In view of this, Azmin urged Malaysians and "right-minded people" to condemn Anning for such remarks.

Anning had said the Christchurch mosque attacks today which claimed at least 49 lives, was a reflection of Australia and New Zealand's fear over an increasing Muslim presence in their countries.

"The real cause of bloodshed on New Zealand streets today is the immigration program which allowed Muslim fanatics to migrate to New Zealand in the first place," he said.

This statement has been widely condemned by Australian society.

Anning, who is well known for his inflammatory speeches, was formerly a member of the One Nation party and had a short stint in the Australian Party last year.

"No followers of any peace loving faith should be subjected to any form of terrorism. Terrorism may be perpetrated under the guise of religion, or the aversion to a religion by misinformed people trapped in hatred; but no faith nor peace loving religious teachings santions nor legitimises it," said Lee.

He also expressed solidarity with New Zealand Prime Minsiter Jacinda Ardern, who like Lee was once a former president of the International Union of Socialist Youths.

"May all the strenght and resolve be with you during these testing times," he said.

In a related development, Penang cabinet member Phee Boon Poh and Bayan Lepas assemblyperson Azrul Aziz Mahathir will accompany family members of one of the victims to New Zeland tomorrow.

In a staement, Penang Chief Minister Chow Kon Yeow said the victim - Rahimi Ahmad - was from Penang and was currently in critical condition.

Chow also urged Malaysians to pray for the people of Christchurch.