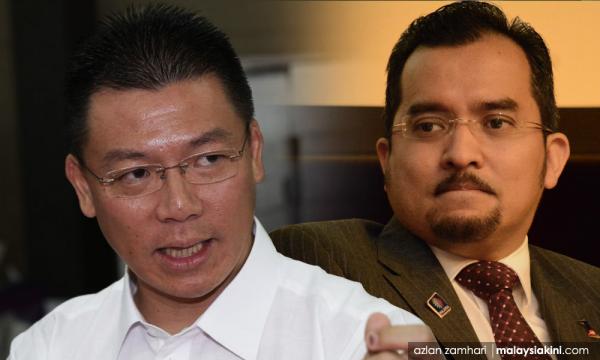 However, Asyraf is demanding an apology in turn from Nga for claiming the country would become like Afghanistan under Taliban rule if the Umno-PAS alliance were to come into power.

"Okay, I apologise for saying YB (Nga) is a nephew of Chin Peng.

"But YB should also apologise to Malaysians for likening the country to Afghanistan if Umno-PAS were to rule the country," he said in a Twitter response.

Nga had complained in a tweet about Asyraf's accusation, and gave him 24 hours to apologise.

The DAP lawmaker had employed the Taliban analogy during a ceramah in Taiping last Friday.

HIs remark, which was reported by the Chinese-language press, was later picked up by Malay-language news outlets.

This prompted Asyraf to criticise Nga on Facebook, who said the comment only reflected DAP's true attitude which was based on "deep racism."

He has since amended the posting to omit references of Nga as Chin Peng's nephew.