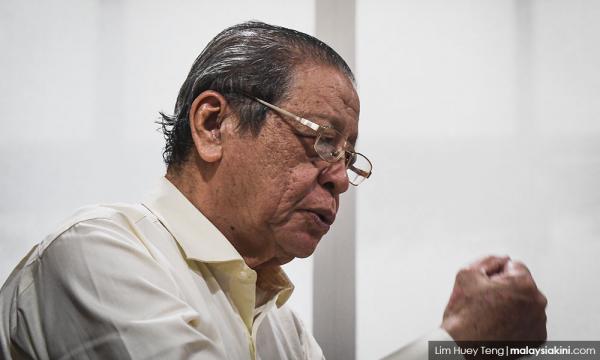 Kit Siang: If we defeated the lies and hate before, we can do it again

The politics of lies, hate, fear, race and religion perpetuated by BN and PAS did not prevent Pakatan Harapan from securing the necessary support from the Malay electorate to capture Putrajaya in the last general election, according to Lim Kit Siang.

Therefore, the DAP veteran believes the coalition can once again defeat the same brand of politics from Umno and PAS, which have since established a formal alliance.

Recalling the pre-GE14 allegations, Lim said DAP was accused of being the dominant force in Harapan and its Malay leaders, including Prime Minister Dr Mahathir Mohamad, were described as mere puppets of DAP's Chinese leaders.

Lim also recounted the allegations that he would become the prime minister if Harapan wins the general election and Malays would lose political power.

The Iskandar Puteri MP said he was also portrayed as an arch-enemy of the Malays and Islam, a communist, someone who desired a Christian Malaysia despite not being a Christian, and an agent of multiple foreign powers.

“But these lies, falsehoods and fake news could not prevent Harapan from getting the support of one-third of the Malay electorate to achieve the political decision to oust BN from Putrajaya and an opportunity to reset nation-building policies in 60 years.

“It is this hope of a New Malaysia as contained in the election manifesto which propelled Harapan to Putrajaya, to transform Malaysia from a global kleptocracy into a leading nation of integrity; restore the rule of law; entrench democracy; reform the educational system to make Malaysia a top world-class nation; close the gap between the rich and the poor and to unite Malaysians of diverse races, religions and cultures,” he added.

However, Lim conceded that in the past 10 months, Malaysians are beginning to wonder if they have placed false hopes on the coalition to build a 'New Malaysia' which is beneficial to all Malaysians.

Therefore, he said if Harapan adopted the formula which led to its election victory over the next four years to build a 'New Malaysia' and not divert from this course due to Umno and PAS' politics of lies, hate and fear, then popular support for a 'New Malaysia' would increase.

“With stamina, perseverance and commitment to be fair and just to all Malaysians regardless of race, religion or region in the building of a 'New Malaysia', there is no reason why Harapan cannot secure even greater electoral support in the 15th general election, including the increase of the support of the Malay electorate to the majority level,” he added.