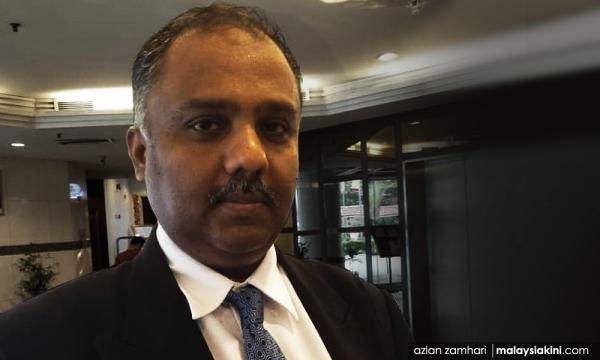 Lawyer Arun Kasi (above) has vowed to challenge contempt proceedings brought about by Attorney-General Tommy Thomas against him.

This came after the Federal Court on Wednesday granted leave to Thomas' application to initiate the proceedings over statements Arun made online pertaining to a court's decision over a particular case judgment.

Defending his action, Arun, in a statement today, maintained that his remarks constituted fair criticism.

"I have always stood for, and will stand for, truth and justice without fear or favour. It is my view that every lawyer should stand to uphold the cause of justice.

"There is a difference between contempt and fair criticism. Contempt will lower the bar, while fair criticism will raise the bar.

"I will take the position that my two articles did not border on any contempt, but were merely fair criticism of the process by which the decision in question was made," his statement read.

Arun said he expected the Bar Council to make a stand on the matter.

The attorney-general initiated the contempt proceedings after Arun remarked online on the court's decision to expunge a dissenting judgment by Court of Appeal judge Hamid Sultan Abu Backer in the case of Leap Modulation Sdn Bhd vs PCP Construction Sdn Bhd.

Senior federal counsel Amarjeet Singh said in the application that Arun's remarks had scandalised judges and the court.