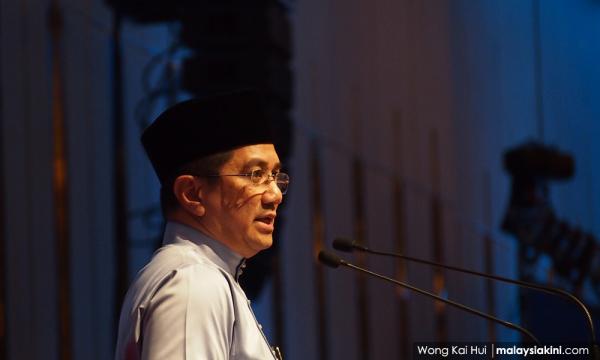 Toll abolition pledge from GE14, not to fish for votes - Azmin

SEMENYIH POLLS | Economic Affairs Minister Azmin Ali today defended the government's announcement to commence talks on taking over toll concessionaires for the eventual abolition of tolls, stressing that it was not to fish for votes in the Semenyih by-election as it was an existing pledge from the 14th general election.

"It's untrue (that it is to fish for votes), we have discussed about the manifesto since we formed the government and there are certain planning to be done," he told journalists while on the campaign trail in Semenyih this evening.

Azmin said the acquisition of the tolled highways is a long-drawn process that will require the government to consider the implications and balance between using funds for acquisition and economic development.

"We've been discussing the matter for seven to eight months and we have a list of items that we want to address according to a schedule," he said.

Yesterday, the Prime Minister's Office announced that the government has entered into talks to acquire four highways from Gamuda Bhd.

The PMO said upon successful acquisition, the government plans to abolish tolls and impose a congestion charge where the rate will be up to 30 percent lower than current tolls.

It added that there will be no charges during off-peak hours, between the hours of 11pm and 5am.

The opposition has criticised the proposal, stating few will benefit during such hours.

However, Azmin said the time frame was only a proposal and subject to change after further negotiations.

"Let all quarters conduct their studies... We intend to fulfil the promises made in our manifesto but it will take time," he added.

Semenyih voters will go to the polls on March 2 where they will have to vote from among four candidates.

The seat fell vacant following the passing of Bersatu incumbent Bakhtiar Mohd Nor.

Bersatu man: Najib should be happy about new toll policy