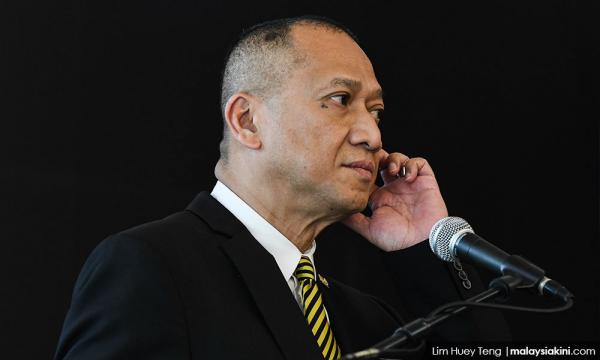 SEMENYIH POLLS | BN secretary-general Nazri Abdul Aziz has accused the Pakatan Harapan government of being weak and compelled to surrender the rights of the Malays to others.

At a ceramah in Beranang last night, Nazri said this could be seen through the appointment of non-Malays as chief justice, attorney-general and finance minister.

"Many things that never happened before are happening now - (look at the appointment of the) attorney-general, chief justice and finance minister.

"Lots of issues that were unimaginable before are an issue now. As some said, (we are) surrendering our rights to others," he told his audience of approximately 80 people.