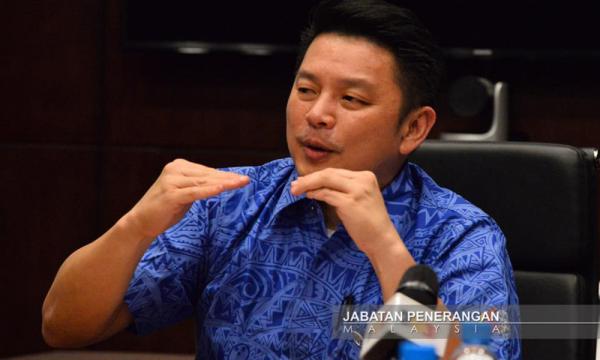 Parti Warisan Sabah (Warisan) deputy president Darell Leiking has left it to party president Mohd Shafie Apdal to issue a statement on the entry of Bersatu to Sabah.

He said Shafie, who is also Sabah chief minister, was expected to issue a statement on the matter tomorrow.

Darell, who is also international trade and industry minister, told reporters this after launching the Sabah Malaysia Automotive Robotic and IoT Institute (MARii) in Penampang today.

Commenting further, he said no meeting had been held between Mohd Shafie and Warisan supreme council members so far.

Ewon, who is also Sabah rural development minister and Kadamaian assemblyperson, also stressed his stand that the state should be led and administered by a local party.