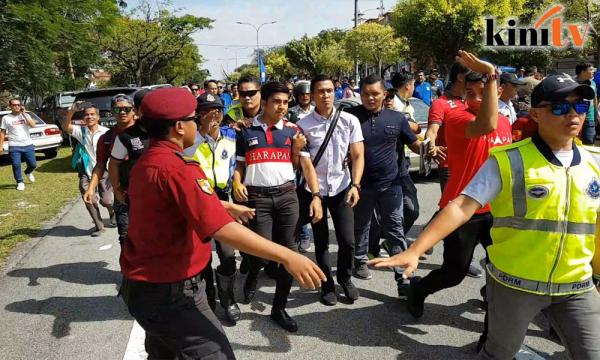 SEMENYIH POLLS | Bersatu Youth chief Syed Saddiq Syed Abdul Rahman was almost assaulted by a group believed to be BN supporters in Semenyih after the nomination process for the upcoming by-election.

The claim was made by Bersatu youth assistant secretary Ahmad Redzuan Mohamed Shafi, who was there with the youth and sports minister during the incident.

"There were four of us – Syed Saddiq, his security officer, his political secretary, and I – walking towards the car...