Minister in the Cambodian Prime Minister's Department, Oknha Datuk Othsman Hassan has met all 47 Malaysians detained in Poipet to see for himself the plight they are in.

Othsman made the journey to Poipet yesterday, about 446km from the Cambodian capital of Phnom Penh.

NGO Antarabangsa chairperson Mustapha Ahmad Marican said during the meeting, Othsman heard their complaints and was prepared to assist them while in detention.

"According to Othsman, he was informed that they were all lured by job offers at hotels in the Siem Reap tourist area.

"But when they arrived there, the employment agent had taken their passports and mobile phones and they had no contact with family and friends,” he told Bernama from Phnom Penh.

Mustapha said Othsman had agreed to bring the matter up to the Cambodian Prime Minister Hun Sen soon and would try to resolve the case as soon as possible.

In addition, he said the minister also expressed his appreciation to NGO Antarabangsa which had been in regular contact with him to resolve the matter.

According to Wisma Putra, they were arrested on charges of cheating, opening and conducting illegal gambling activities online. 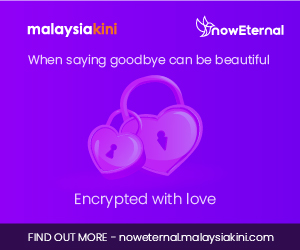