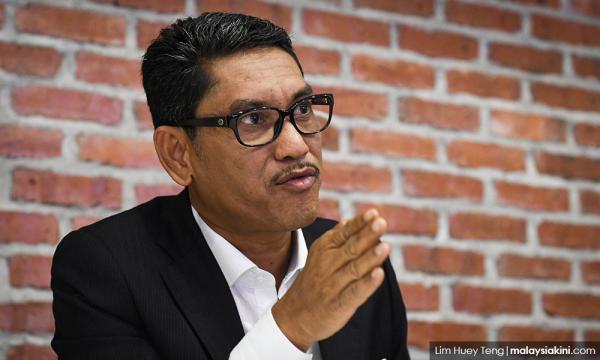 Perak Menteri Besar Ahmad Faizal Azumu said the decision to grant 400ha of land at the Kledang Saiong Forest Reserve in Perak for plantation development was not based on the company's track record, but the knowledge and experience of its management.

He said this in response to the decision to grant the project to a company that was only set up in July 2018.

Faizal said the management of the company in question had previously teamed up with the Malaysian Timber Industry Board to develop unproductive areas.

“I don’t know the two directors, but based on their experience and their work with the Forestry Department, we approved the project.

"We didn't even look at when the company was formed. It could be a company set up 100 years ago, but managed by an 18-year-old,” he was quoted as saying by the Star.

The menteri besar said while the company is new, it is helmed by experienced people.

Kampar MP Thomas Su had questioned the Perak government's decision, saying there are doubts over how the new company could obtain a permit to develop the project in two locations – the Kledang Saiong Forest Reserve and the Bukit Kinta Forest Reserve in Kinta Manjung.

The DAP lawmaker then lodged a report on the matter with the MACC.

Commenting on this, Faizal said the state government would cooperate with investigators from the agency.

“We in Pakatan Harapan want to see change, and undo the damage done by the previous administration,” he added.

EDITOR'S NOTE: Malaysiakini has amended the headline and text of the story to accurately reflect what was conveyed by Ahmad Faizal Azumu.