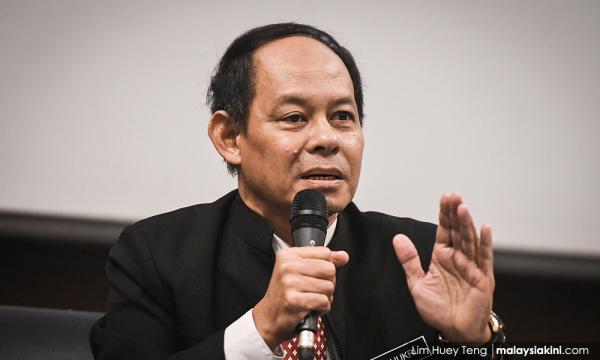 Whoever is involved in RM90m claim will be called - MACC

The MACC has stressed that whoever is involved in the claim that RM90 million was allegedly channelled into the accounts of PAS leaders, will be called to assist in the investigations.

MACC chief commissioner Mohd Shukri Abdull, while not wanting to raise speculations, said the commission's task was to ascertain whether or not the money was deposited into the accounts.

“I do not want to speculate on whether certain individuals will be called or not... because corruption is not about speculations or expectations. It is (based) more on facts,” he told Bernama at the Majlis Amanat Perdana Integriti 2019 (MAPI) programme graced by Sarawak Chief Minister Abang Johari Openg in Kuching today.

The MACC had earlier confirmed receiving a report on the RM90 million suspected to be from 1MDB, which was allegedly deposited into the accounts of several PAS leaders.

Last Friday, PAS central committee member Nik Mohamad Abduh Nik Abdul Aziz, presented himself at the Kelantan MACC headquarters to give his statement regarding the case.

According to MACC sources, the case is being investigated under the MACC Act 2009 and Anti-Money Laundering, Anti-Terrorism Financing and Proceeds of Unlawful Activities Act 2001.

There had been articles carried by the Sarawak Report in August 2017, which among other things claimed that a sum of RM90 million was "believed" to have been deposited into the bank accounts of senior PAS leaders to secure their support for Umno and BN.