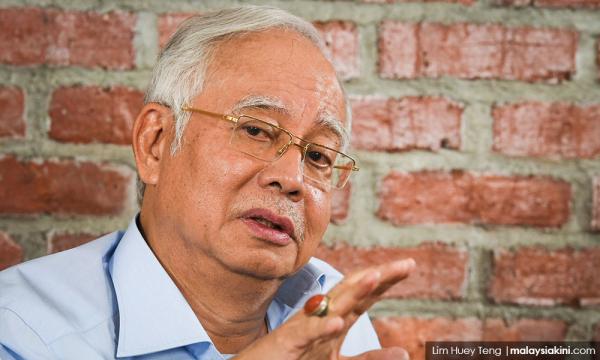 Najib Abdul Razak has called on Communications and Multimedia Minister Gobind Singh Deo to get to the bottom of the purportedly inaccurate academic qualifications listed for several ministers.

The former premier was responding to several ministers and a state leader admitting that they were not graduates – nor claimed to be – of the universities listed in a series of infographics produced by national news agency Bernama.

"The weird thing is, the false news that the ministers are graduates (of said universities) comes from biodatas released by the government's official news channel... and was widely disseminated nine months ago when they were elected as ministers."

Najib said that it was the norm for Bernama to obtain the biographical details of new ministers from their press secretaries and aides.

"The question now is, did the Bernama editorial (team) make mistakes, or did the ministers' own teams provide information which was not credible?

Najib further questioned why the ministers involved took no action to correct the information in the nine months since assuming office.

"After all the denials, it is clear Bernama, under the Pakatan Harapan government, have released non-credible news to the rakyat.

"Will the communications and multimedia minister from DAP, who is also the minister overseeing Bernama, investigate who is the source of this non-credible news?"

In response, Bernama editor-in-chief Zakaria Wahab said the agency obtained the information from "news reports and the records of the ministers' respective parties."

"Their biodatas (were compiled) before the election. So we got the information from their records. Information that has been made public.

"This means that we didn't make it up. All the information had been disseminated to the public. We only made the infographics," he said.

Zakaria added that Bernama will only make corrections to the infographics if requested to do so.

Malaysiakini is also contacting Gobind for a response.

Credentials under the microscope

"I openly state that I did further my studies overseas, but I did not succeed in bringing home a degree," he said on Twitter.

Faizal had been listed in the Bernama infographic as possessing a degree in business studies from Edith Cowan University in Western Australia.

He previously told reporters that Harapan leaders should not lie about their qualifications, and that integrity was key.

Faizal's denial followed Zuraida and Mohamad's own over the past week.

On Saturday, Zuraida denied being a graduate of the National University of Singapore, and insisted that she had never authorised anyone to represent her as such.

Mohamad, meanwhile, refuted claims that he possessed a fake degree, saying that he has none.

"Some people say I have a degree in culinary arts. I never said that. Truth is, I never completed my studies at the Mara Institute of Technology (ITM). They kicked me out," he said.

The Harapan administration has come under scrutiny after revelations on the academic credentials of Deputy Foreign Minister Marzuki Yahya.

Earlier today, Lim Guan Eng's political secretary Tony Pua told reporters that the finance minister reserves the right to initiate defamatory action against anyone questioning his credentials as an accountant.