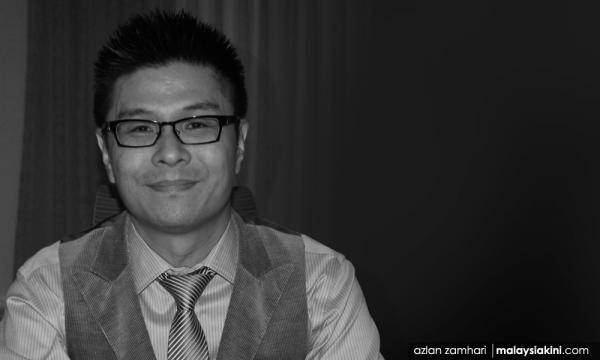 Andrew Wong Kee Yew, the former deputy chairperson of the Sibu Municipal Council and the only son of Sarawak second finance minister Wong Soon Koh, died at his home in Jalan Ipoh in Sibu, last night. He was 42.

Kee Yew was found unconscious on the floor of the dressing room in his bedroom by his mother, Leong Poh Lin.

It is believed that he died of a stroke, but Sibu police chief Stanley Jonathan Ringgit said an autopsy would be conducted to ascertain the cause of death.

“We have to wait for the report from the pathologists. We do not know when they will conduct the autopsy, but I was here last night and in our preliminary investigation we did not find anything suspicious.

"The case has been classified as sudden death,” he said when met at the Wong residence today. Also present were Soon Koh and Leong.

“It is really sad. Yesterday we were taking photographs and celebrating (Chinese New Year),” Leong said, and asked the press and the public not to make any speculation and to give them some privacy.

She confirmed that their son had high blood pressure and was on medication.

Leong said she had called Kee Yew to come downstairs for dinner, but he did not respond. She thought he needed some rest after a tiring jet ski trip to and from a longhouse in Nanga Tutus, Batang Igan.

At about 9pm, some of Kee Yew’s friends came to the house, saying he had called them over to celebrate Chinese New Year.

Leong went to look for him in his bedroom, but did not find him there. She inspected the dressing room, which was not lit, and found him unconscious on the floor and immediately called medical personnel from two private hospitals.

“They came and tried to resuscitate him for about one and a half hours to two hours. At 11pm, they said…,” said a shaken Leong.

Soon Koh said Kee Yew had left the house at 7am with a team of 4x4 car enthusiasts, and went to Rumah Ukah in Nanga Tutus on a jet ski. He said it took one hour to get there and another hour to get back to Sibu.

“He enjoyed a good time with the longhouse people. And, he must have been very exhausted.

“He came home and went straight to his room to rest. I thought he was tired. Normally, when he rides a jet ski, he would need a good sleep.

“I must say, life must go on. My wife and I will remain strong. My son died as a dignified person. He went to longhouses, spent a good time with the longhouse people. And, he was really close to the people,” he said.

Leong said her son had been a kind-hearted person who was always ready to help the poor and the needy.

Kee Yew contested in the 14th general election in May last year as BN candidate for the Sibu parliamentary seat.

He polled 22,389 votes, but lost to incumbent Oscar Ling of DAP.