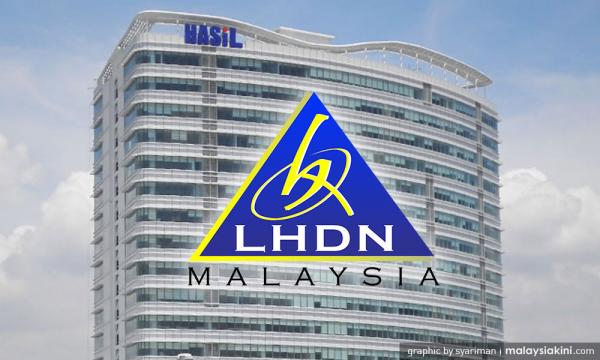 An offer too good to refuse?

COMMENT | The subject of the Special Voluntary Disclosure Programme (SVDP) first caught the public’s attention when it was mentioned in the Finance Minister’s Budget 2019 Speech on Nov 2, 2018.

In discussing taxation, Finance Minister Lim Guan Eng announced that the Inland Revenue Board (IRB) would be offering the SVDP from Nov 3, 2018, to June 30, 2019, under which “taxpayers could voluntarily declare any unreported income for Malaysian tax purposes, including that which is in offshore accounts.”

Lim went on to warn that unexplained extraordinary wealth in the form of luxury goods, jewellery, handbags or property would receive close scrutiny from the tax authorities.

Not unexpectedly, three issues that attracted the greatest concern were offshore accounts, acceptance in good faith by revenue and additional information from third parties.

The mention of “offshore accounts” has led to many taxpayers wondering whether Malaysia was moving, or rather reverting to “world scope of income liability” from the present “territorial scope,” where only income derived from Malaysia would be liable to tax.

The simple answer to that would be that the taxation foundation of territorial scope remains unchanged.

Secondly, the question of offshore accounts does not in any way detract from the basic invitation to declare income that had not been previously reported.

The relevance of offshore accounts is that if they were created from funds already declared to the tax office or from sources outside the country, there is no need to declare them.

However, if such accounts were from undisclosed Malaysian income stashed overseas, they need to be declared now, under the SVDP.

A complication here is that the SVDP does not refer to any particular period or number of years, it merely states “Year of Assessment 2017 and preceding years.”

It would, therefore, follow that a person wishing to take advantage of the offer is required to state his omissions on a year-by-year basis. Should this mean a considerable number of years, the guidelines do suggest that an acceptable approach could be discussed with IRB.

“Acceptance in good faith” and, in fact, SVDP itself, are matters that seem to suffer the most suspicion. Some taxpayers fear that SVDP may be a ruse where once you accept, you would be subject to the most thorough of income tax examinations.

However, the IRB has categorically, explicitly, stated in the guidelines (Para 5.10) that “IRB would accept in good faith all disclosures made during the special programme period. Further review will not be made on the reported information.”

With the IRB having made such a strong, unequivocal statement, it is to be expected that they would honour its assurance.

Nevertheless, there is a caveat and IRB, as can be expected, retains an option to look at a case more closely, but only under specific circumstances.

That would be where they have “additional information from third parties,” the implication being that such information indicates that the declaration made by the taxpayer was not accurate.

Facets to be considered here are that third-party information is not defined. It could already be in hand, received during the SVDP period which ceases on June 30, 2019, or even received later.

The other point is that information can be gleaned from almost any source, local or international. Malaysia is one of 154 countries that are signatories to the Automatic Exchange of Information arrangement, where data is shared among member nations “automatically and systematically.”

Offshore accounts would fall squarely into this. We can also assume that IRB would keep an eye open on potential sources like WikiLeaks and the Panama Papers. Add to this information that could be discovered from other cases falling under tax attention and the net would be complete.

What are the choices to taxpayers then? First is where they do not do anything, for the simple reason that all income has been properly declared in the relevant return forms.

The second approach would be to come clean and disclose omitted income and in the process, enjoy closure with additional taxes and reduced penalties of 10 percent or 15 percent. The third option is to keep quiet and face possible consequences later.

When the second SVDP period beginning April 1 and ending on June 30, two categories of taxpayers might fall under the director-general’s microscope.

The first being those who did not avail themselves of the programme, and the second being persons in respect of whom damaging third-party information had been received.

Either group would be subject to intense review, and if additional income is determined, the resultant penalty would range from a minimum 80 percent of the tax applicable to a maximum of 300 percent.

VINCENT JOSEF is a former assistant director-general of the Inland Revenue Board. He has 51 years of experience in taxation and manages his consultancy practice focusing on tax audit and investigation cases.