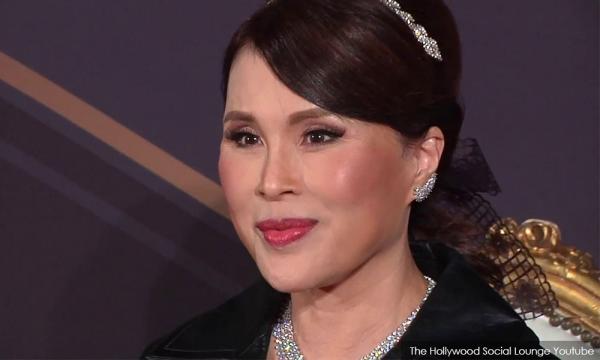 Thai election commission to rule on princess running for PM

Thailand's Election Commission will consider on Monday the surprise nomination of a Thai princess as a prime ministerial candidate for March elections after her brother, King Maha Vajiralongkorn, called it "inappropriate" and unconstitutional.

The commission will also consider a complaint seeking to ban the populist party that stunned the nation by nominating Princess Ubolratana Rajakanya Sirivadhana Barnavadi, 67, for the role.

The election on March 24 is the first since a military coup in 2014.

Thailand has been a constitutional monarchy since 1932, but the royal family wields great influence and commands the devotion of millions.

Ubolratana's nomination last week was a shocking move by the Thai Raksa Chart party, made up of supporters of ousted ex-premier Thaksin Shinawatra, and broke with a longstanding tradition of members of the royal family staying above politics.

She gave up her royal titles after marrying an American and she has starred in soap operas and an action movie.

In a statement read out on all television stations within hours of her candidacy, King Vajiralongkorn said it was "inappropriate" for members of the royal family to enter politics.

The Election Commission has until Friday to rule on the princess's candidacy. Its members are unlikely to disregard the wishes of the king who, while a constitutional monarch, is considered semi-divine in Thai society.

On Sunday, an activist said he would file a petition to disqualify the Thai Raksa Chart party.

"The royal announcement made it clear that the party violated electoral law," Srisuwan Janya, secretary-general of the Association for the Protection of the Constitution, told Reuters.

Thai Raksa Chart's executive chairpersosn Chaturon Chaisaeng declined to comment on Sunday on the request to disband the party. In a statement, the party said it "will move forward into the election arena to solve problems for the country".

Electoral law forbids parties from using the monarchy in campaigns.

Thai Raksa Chart is one of several pro-Thaksin parties contesting the election.

The junta leader, Prayuth Chan-ocha, is also contesting the race for prime minister as the candidate of a pro-military party. Prayuth (photo) was the Thai army chief in 2014 and led the coup that ousted a government led by Thaksin's sister.

Parties loyal to former telecommunications tycoon Thaksin have defeated pro-establishment parties to win every election since 2001, but since 2006 each of their governments have been removed by court rulings or coups.

The gambit to nominate a member of the royal family could backfire on Thai Raksa Chart, said Titipol Phakdeewanich, dean of the faculty of political science at Ubon Ratchathani University.

"If the party is dissolved, it could give more seats to anti-Thaksin affiliated parties," he said, although there are other parties loyal to the ex-premier contesting the election.

Thaksin, himself ousted in a coup in 2006, lives in self-imposed exile after being convicted by a Thai court of corruption in absentia.