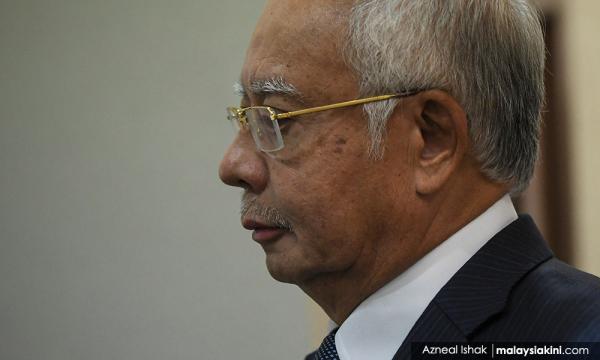 Yoursay: Bugis warrior, why so scared to stand trial tomorrow?

YOURSAY | 'The earlier the court cases commence, the earlier you can clear your name.'

KingKriolle: Why are you asking for the stay, Bo55ku? You should appreciate the early chance to clear your name.

Didn’t you say before that the court cases will offer you the opportunity to clear your name since you are innocent?

Many of your blind followers have been harping that you are innocent until proven guilty. So, the earlier the court cases commence, the earlier you can clear your name.

So why are you so afraid for the trial to begin? Be a man, be a real Bugis warrior. Takut apa, Bo55ku?

Clever Voter: The court should not be treated like a circus. High-profile cases such as this ought to be treated with proper respect and procedural protocol.

This is all because public interest remains a high priority. Already, all sorts of ways are being explored on technical grounds to free the alleged suspect in one of the nation’s biggest financial scandals.

The authorities need to ensure none of these will happen. Or else, this nation becomes a joke.

Newday: The Attorney-General’s Chambers, the judge, the PM and all who voted in Pakatan Harapan know how important this case is.

Dear judge, be impartial but make sure to stop all delays. Be firm in law and we will eventually (prefer sooner than later) see the orange jumpsuit being worn.

Durian: Najib is obviously making a monkey out of our judiciary system. Apparently, he and Umno president Abdul Zahid Hamidi are strong believers of the Thai clairvoyant’s (Navaracha Pinitlokakorn, also known as Prai) prediction of PM Dr Mahathir Mohamad’s poor health in June and thus delaying the trials to that date.

Both are evil to the core and a total disgrace to their race and religion.

Malaysian: All these extra charges are counterproductive. Forty-two charges are more than enough.

Doing more appears like a political vendetta. Mahathir's vendetta against Najib appears like his against Anwar Ibrahim 20 years ago.

The Semenyih by-election in March will conclusively prove the momentous shift in Malay public opinion towards Najib and against Mahathir and the Pakatan Harapan government.

Najib is seen as a Malay hero, not zero. Ignore it at your own peril, Pakatan Harapan. If you do, you will definitely lose GE15.

On the Other Hand: Najib should be charged for every crime he had committed, with no exception.

We need to uphold the rule of law.

Why is Bo55ku so scared of standing trial if he is innocent as he so claims?

Cogito Ergo Sum: Indeed, justice delayed is justice denied. Do not deny Najib or the rakyat their day in court.

Najib and his wife, Rosmah Mansor, should throw themselves at the mercy of the court and mitigate.

Either they go to jail now or later when they are even older. This would be an example to others.

If they want to avoid jail, they should return all the money they stole in cahoots with the alleged accomplice, Jho Low, and surrender their comrade in crime as well.

Anonymous_1527925538: Yes, Najib kept saying he is innocent, so why file appeals and delay the court trials?

He should have gone before the courts and clear himself as soon as possible.

Panorama12: Absolutely no adjournment should be granted. It is of utmost urgency for the trial to proceed as fixed for Feb 12 (tomorrow) so that we can have closure soon.

Otherwise, it is making a mockery of the rule of law.

Anonymous_cdb4fb5d: The alleged mega-thief and his lawyer will find excuses to delay the trial until GE15.

With PAS help, Najib hopes to win GE15 and come back as PM. Then he can close down all court cases against him. That’s his game plan.

Yoursay: Perhaps not a serial killer, but Najib is a serial kleptocrat

Drngsc: What I cannot understand is why Najib is still so popular (almost like a hero) among his supporters.

Can they not see that he has robbed them of their future and the future of their children? This man is a kleptocrat. Yet they support him.

What does that show of those supporters? There are none so blind as those who will not see.

Headhunter: Is he consciously using reverse psychology on us?

With all the charges against him, and most probably many more to come, he is still swaggering like a drunkard, proving that the man is incorrigible as they come.

He has no shame, and is unconscionable and unrepentant on his past excesses.

Anonymous 2439891477538802: The judiciary must be in a pretty bad shape, possibly compromised, to allow so many adjournments in the SRC case.

This is disappointing as this is a public interest case involving a substantial sum of public money and a quick resolution of the court case is what judges should deliver for the good of the nation.