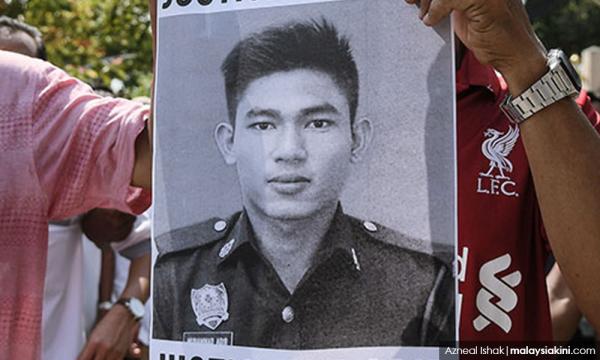 KINI ROUNDUP | Here are the key headlines you may have missed yesterday, in brief.

The family of late fireman Muhammad Adib Mohd Kassim, who died after being attacked by rioters in November last year, hoped that there will be no cover-up during the inquest into his death.

The youth wings of Malay-Muslim parties - Umno, PAS, Ikatan and Berjasa - forged new cooperation ahead of the Semenyih by-election.

Bersatu Youth chief Syed Saddiq Abdul Rahman said Harapan should not be distracted by the growing cooperation between Umno and PAS, and instead focus on serving the people.

Solicitor-general III Mohamad Hanafiah Zakaria defended his letter conveying the government's directive for there to be no delays in several high-profile graft cases.

Former Kota Tinggi MP Noor Ehsanuddin Mohd Harun Narrashid was charged with receiving bribes of RM50,000 and a parcel of land from a printing company.

Minister in the Prime Minister's Department P Waythamoorthy said Deputy Foreign Minister Marzuki Yahaya was picked for his political strengths and not for his academic qualification, amid claims he got his qualification from a degree mill.

Federal Territories Minister Khalid Abdul Samad said Harapan must tackle the issue of academic credentials by explaining to the public.

The National Anti-Drugs Agency is mooting mandatory counselling for parents of drug addicts.

Umno Youth chief Asyraf Wajdi Dusuki dismissed claims that Umno channelled RM90 million to PAS, stating that it was illogical for Umno to fund its own defeat.

Police denied that a child found dead in an estate in Pekan was missing organs.

The driver of a Toyota Vios who hit a Mazda CX5, causing it to plunge off the Penang bridge and resulting in the death of its driver, will be charged today.

A voter will be filing an injunction, at the High Court in Shah Alam, to stop the Semenyih by-election.

The High Court in Kuala Lumpur will hear Umno's bid to claim cash seized from properties linked to Najib.