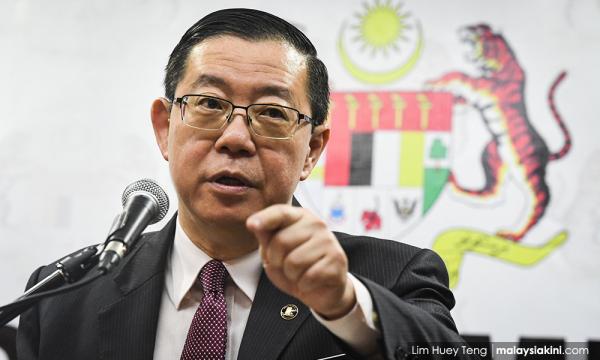 Lim: Taxpayers with no foreign bank account need not fret

Taxpayers who do not have foreign bank accounts need not worry if they receive a letter or e-mail from the Inland Revenue Board (IRB) under the Special Voluntary Disclosure Programme (PKPS).

Finance Minister Lim Guan Eng said the programme is aimed at helping individuals with income obtained from sources within Malaysia that are kept in a foreign bank account but has not been declared or taxed.

"If the income has been declared to IRB or taxed and later channelled overseas, everything is above board according to the income tax laws.

"Opening a foreign bank account is standardised internationally, with further details about registration and taxation information required to be submitted to the foreign country’s authorities,” he said in a statement in Putrajaya today.

Lim said his ministry had reportedly received many enquiries from individuals who had received letters or e-mails from IRB regarding the programme.

IRB chief executive officer Sabin Samitah had reportedly said earlier that the board had introduced the PKPS as one taxation solution for those who have not declared a taxable income that is generated from sources within Malaysia but that is deposited in a foreign bank account.

Lim explained that under the Automatic Exchange of Information (AEOI) initiative with the Organisation for Economic Cooperation and Development (OECD) signed by more than 100 countries, IRB has begun to receive financial information, particularly regarding ownership of overseas bank accounts, since September last year.

"In other words, PKPS offers a taxation solution for those with foreign bank accounts but whose income has not been reported to IRB.

"It is the taxpayers in this category who have been requested in IRB's letter or e-mail to contact the board and report their income to it,” he said.

Lim explained that taxpayers whose income generated from sources within Malaysia is kept in a foreign bank account but has not been reported to IRB may make a voluntary disclosure under the programme.

"I have also requested IRB to take stern action against the handful of its officers who have taken advantage of the PKPS implementation by being unprofessional, threatening taxpayers and not following the procedures,” he added.

Lim stressed that there has been no change in the system or quantum of tax penalty in Malaysia, although the previous raids at taxpayers’ homes in the middle of the night by armed and masked officers from the National Revenue Recovery Enforcement Team (NRRET) have been stopped.

He said IRB will send new letters and e-mails to replace the previous PKPS circular in order to prevent any misunderstanding.