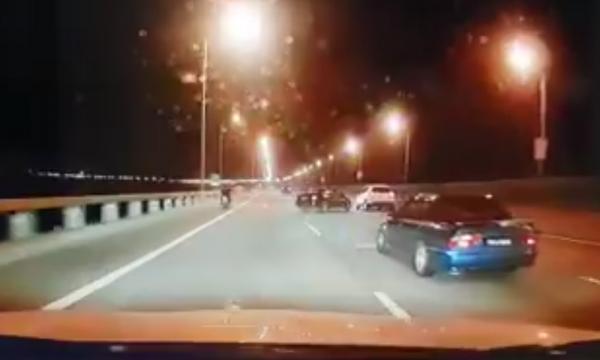 The driver of the Toyota Vios car who was involved in an accident with a Mazda CX-5 SUV driven by a student that plunged into the sea at Penang Bridge will be charged at the Bukit Mertajam Magistrates' Court tomorrow.

“The police have received instructions from the deputy public prosecutor’s office to charge the man who works as a hairdresser at his mother’s salon tomorrow,” he said here today.

In the 2.54am incident on Jan 20, an SUV driven by Moey Yun Peng, 20, a private college student, plunged into the sea after his car collided with a Toyota Vios car at the Penang Bridge on the Perai-bound side.

The effort to retrieve Moey’s vehicle and body were hampered by the bad weather and strong currents.

Moey’s body was found strapped to the driver’s seat after the vehicle was retrieved from the sea three days later.