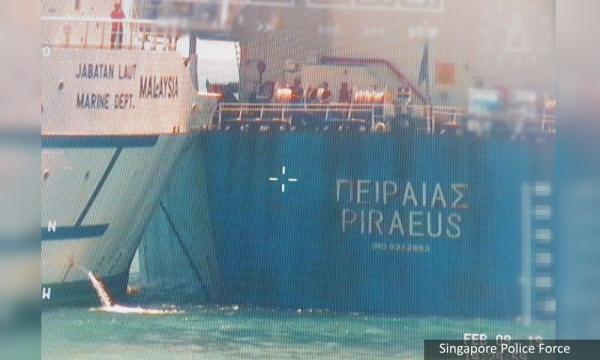 A Malaysian government vessel has collided with a Greek ship in disputed waters near Singapore.

The Piraeus was on its way from Singapore to Tanjung Pelepas in Johor when the accident occured. It later reached the Johor port at 3.59pm.

"MPA is deeply concerned that the presence of unauthorised vessels in Singapore port limits can cause confusion for the international shipping community and threaten navigational safety in our waters," it said in a statement.

Based on tracking data provided by Marine Traffic, Malaysiakini determined that the MV Polaris has remained in waters (above) claimed by both Malaysia and Singapore for the past 24 hours.

There has been no oil leak reported from the accident. It is also unclear whether anyone was injured.

Interactive explainer: The maritime tug-of-war between M'sia and S'pore