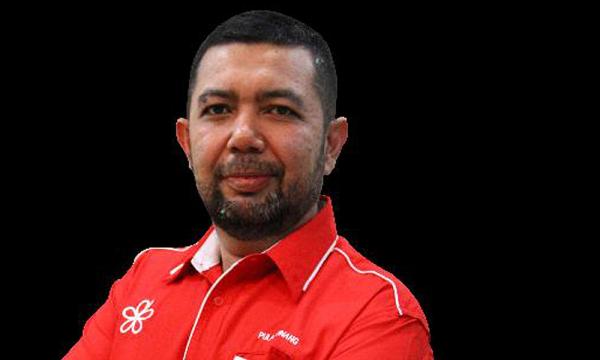 Yoursay: Harapan must lead by example, Marzuki should be sacked

YOURSAY | ‘We don’t want the new government to be accused of practising double standard.’

The Wakandan: If Pakatan Harapan is to remain as a bastion against corruption, it should have zero tolerance on it among its members.

In other words, it must maintain credibility on integrity and its members must be clean and seen to be clean. There is no place for suspects and Deputy Foreign Minister and Bersatu secretary-general Marzuki Yahya falls into that category.

He claimed to obtain his degree from the prestigious University of Cambridge in UK. Someone, but most likely himself, would have given that information which was reported by Bernama.

If it was a misreporting, Marzuki should have clarified the matter to set the record straight instead of allowing it to stand uncorrected.

So obviously, Marzuki was dishonest here and that’s why this man has lost all the little credibility that he has. He should not hold such a high position in the government as ambassador of Malaysia to other countries.

Surely this scandal will be known by his counterparts from other countries and that will render him to ridicule and contempt, which makes our country a laughing stock.

Wira: There are many distance-learning institutions in this world issuing thousands of certificates on various academic qualifications. Some could be degree mills.

Did Marzuki ever tell anyone that he graduated from the Cambridge? If he didn't, he could be a victim himself, believing that he earned those grades because the mill gave him credits for his experience and competency as he was from that industry.

If he had lied that he graduated from the Cambridge, which he obviously didn't, he should apologise and resign.

Kookie: People are missing the point. The point is that nobody will take the trouble and pay so much money to get a bogus degree if he or she has no intention of using it for personal gain and further one’s interest.

So, it is basically meant to be used dishonestly. Politicians are generally dishonest and this is evidence of how dishonest a politician can be.

People with such bogus degrees should not be allowed to hold public office. Once a cheat, always a cheat.

Spinnot: Will a rich Malaysiakini reader try to enrol in the same course at Cambridge International University and see whether it takes three years to complete the course and how tough it is to graduate?

Hafidz Baharom: This story is getting downright boring by now. All that needs to be said has been said. The media knows whether he faked his credentials or not.

All that is left is whether the PM will fire him, ask him to resign, or Harapan - especially the DAP, which was so eager to go against fake degrees all the way back in 2013 - will be deemed just as hypocritical as MCA.

And Justice For All: Why is Tun (PM Dr Mahathir Mohamad) so slow to act against one of his own? Worse, I can’t believe that Tun, with all the resources available to him, did not know Marzuki is a fake.

We even have Bersatu deputy president Mukhriz Mahathir defending this man… is he for real? Marzuki didn’t even win in the last general election and he was made a senator. On what basis? His party position?

Tun, come on, you can’t justify this man in cabinet anymore. It’s time to do the right thing.

Ravinder: Well done, Perlis mufti Mohd Asri Zainul Abidin. If anyone can resort to misleading the people, he is not fit to be a leader.

The Harapan government must not give face to such persons. They are not indispensable. If he is not removed, it is his party and the government that will be in bad light, not the individual.

How to fight corruption if honesty and integrity are dismissed, as Mukhriz did in defending this man?

Knowledge: People talk about integrity and at the same time keep defending all the wrongdoers. It comes from almost every political party. Wrong is wrong, immaterial who he or she is.

If someone calls himself a person of high integrity, he should not defend the wrongdoings of his friends or family members. At least, they should not be defended openly.

Adichan: Indeed, Marzuki has no option but to resign. The website of the Cambridge International University clearly suggests that this is not a bona fide academic institution. It suggests that degrees can be bought.

If he does not resign, he should be fired. A member of the cabinet who apparently lies about his qualification is a liability to the government.

Anonymous_4056: Yes, now that Mahathir is made aware of Marzuki's fake degree, the next logical move is to remove him.

Failing which, the reformist government is back sliding. It will lose its integrity and credibility in the eyes of the rakyat.

Bersatu, just bite the bullet and kick him out as he is not worth fighting for.

Starwars: Marzuki, please don’t put the Harapan government in a spot. The most honourable thing for you to do is to resign.

Harapan should lead by example and we don’t want the new government to be accused of practising double standard.

People are watching the Harapan government very closely and they are not very forgiving.