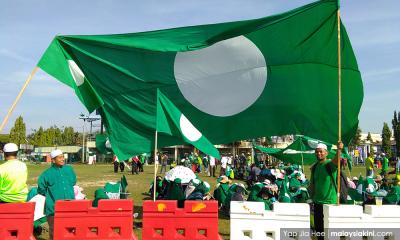 A report filed with MACC on the allegation that PAS received a total of RM90 million from Umno during the leadership of former premier Najib Abdul Razak contained a list of expensive vehicles, according to a source.

Apart from the vehicles, the source told Malaysiakini that bungalows, high-powered motorcycles and the purchase of number plates at exorbitant prices were also mentioned.

“According to the report, several PAS leaders were accused of using these funds to acquire the cars and properties.

“As for the properties, this includes a bungalow in Bangi worth RM3 million,” added the source, who is familiar with the investigation.

Former PAS vice-president Husam Musa is also expected to be called for questioning.

MACC's investigation into the RM90 million allegation comes in the wake of PAS president Abdul Hadi Awang's agreement to an out of court settlement of a defamation suit filed in London against Sarawak Report.

The website suggested that the Islamist party received the colossal sum from former prime minister Najib Abdul Razak. Both PAS and Najib have denied the allegation.

The settlement was reached through a consent order dated Feb 1 at the London High Court of Justice, but the removal of the said article does not seem to be a term of the settlement, as it remains online, unaltered, and unretracted.