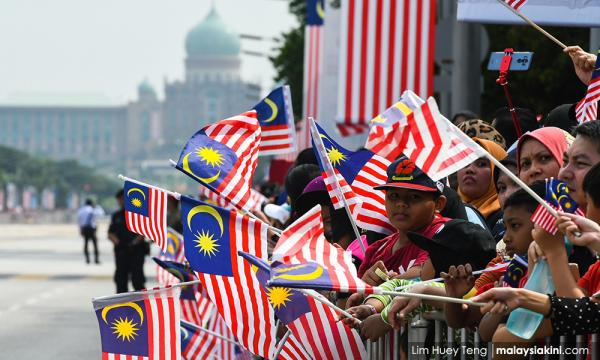 Malaysia must leverage on its diversity to become top-class

MP SPEAKS | Yesterday, I said the many national holidays in Malaysia afford Malaysians the opportunities for reflection and review as to why the country failed to achieve greater goals such as pondering how Malaysia could transform from a global kleptocracy to a leading nation of integrity in the world.

Similarly, ordinary Malaysians also have to wrestle with another great conundrum of the nation – whether Malaysia can succeed in building out of the diverse races, religions, languages and cultures that have made Malaysia their home, a model of a united, tolerant, successful, progressive and prosperous plural entity in a complex and plural world.

The open house celebrations during the Chinese New Year this year, like other Malaysian festivities throughout the year, are the seedbeds to cultivate tolerance and respect for the diverse races, religions, languages and cultures in Malaysia where diversity is the strength and not the weakness of the nation.

But such a recognition of the real strength for plural Malaysia must not remain at the level of rhetoric but must inform all aspects of one’s life.

I myself have been the most demonised character in Malaysia for the past half-a-century. I was accused of being a communist, in fact, a relative of Chin Peng; responsible for the May 13, 1969 riots, leading the street demonstrations in Kuala Lumpur shouting anti-Malay and anti-Islam slogans although I was never in Kuala Lumpur after the May 10, 1969 general election.

I was painted as quite a devil, a puaka, even jembalang; that I am anti-Malay, anti-Islam and at various times even anti-Indian, anti-Chinese educated Chinese, anti-English-educated Chinese; an agent of the KGB, CIA, MI6 and even the Australian intelligence.

Before the 14th general election, such toxic politics alleged that I would be the prime minister of Malaysia if Pakatan Harapan won the polls. When such lies and falsehoods were proved wrong after May 9, new lies and falsehoods were manufactured to allege that I am the real power in the Harapan government in Putrajaya and that Dr Mahathir Mohamad, Anwar Ibrahim, Wan Azizah Wan Ismail and Mohamad Sabu are merely my stooges and puppets.

Now I am alleged to be wanting to get into the cabinet. What a great come-down! I was alleged to have received RM1 billion from Mahathir for him to join and head Harapan; RM100 million from tycoon Robert Kuok and over RM1.2 billion from Israeli sources to fund the 13th general election; given RM40 million to a news portal; offered PAS president Abdul Hadi Awang RM100 million to defy the Sultan of Selangor; wanted to disband the Malay Regimen and destroy Malaysia-China relations and a litany of incredible fake news, false information and downright lies.

It was even alleged that on Dec 3, 2016, I had a secret meet with Mahathir where we sealed an agreement that after the 14th general election, Mukhriz Mahathir would be the prime minister and I the deputy prime minister.

I was even accused of wanting to split Peninsular Malaysia into two, East Coast for the Malays and the West Coast for the Chinese. During the Cameron Highlands by-election, I was accused of saying that the Orang Asli in Malaysia are not citizens of Malaysia and a message was zapped through WhatsApp, viz: “Lim Kit Siang mengusulkan didlm Dewan Rakyat supaya perkataan Islam Dan Melayu digugurkan dlm Perlembagaan.”

These were all downright lies as there is no basis of any truth in them at all. Maybe I should thank my lucky stars that I had not been alleged of giving RM90 million to Hadi! I am also reminded of the 47th Abim annual congress last October themed “Visi Islam Dalam Aspirasi Malaysia Baharu” and the keynote address by Professor Siddiq Fadzil on “Malaysia Baharu dan Kesinambungan Reformasi Islahiy”.

He said that the prerequisite for the building of a new Malaysia is to undertake a “human and cultural transformation”. He spoke of nilai malu which he described as nilai teras ajaran Islam. He said:

This “moral deficit” and the death of idealism in politics is the greatest culprit today in the politics of lies, hate, fear, race and religion in Malaysia.

If the lies and falsehoods disseminated about me by the well-funded anti-DAP cyber-troopers are to be believed, then I am a billionaire and an “evil force” who threw tens and even hundreds of millions ringgit to sponsor news portals or remove recalcitrant heads of key government bureaus apart from the litany of demonisation against me over the decades.

Although the 14th general election result on May 9, 2018, was a defeat and setback for the politics of lies, hate, fear, race and religion, the purveyors of this vicious and toxic politics have intensified and even escalated their campaign.

Our greatest challenge in a new Malaysia is how to reach out to them, to share with them a larger Malaysian picture and perspective – to share our ideals that this beloved Malaysian nation belongs to all of us, that we have a shared destiny.

Can this spirit of oneness as Malaysians transcending race, religion, region or party politics prevail in our country so that we are not distracted from our Malaysian dream to build a great Malaysia for all Malaysians? How do we nurture the bond of oneness among Malaysians, regardless of race, religion, region or even party politics and stop the rise of intolerance, hatred, bigotry and extremism in our plural society through lies, fake news and false information?

As far back as 61 years ago Bapa Malaysia, Tunku Abdul Rahman, enunciated the Malaysian dream to be “a beacon of light in the disturbed and distracted world”.

Dare we continue to dream such a Malaysian dream, and do more - oppose and expose the practitioners of the toxic and vicious politics of lies, hate, fear, race and religion because they are the greatest enemies of the Malaysian dream, seeking to breed suspicion, distrust and hatred among the diverse races and religions.

This instead of building tolerance, trust and confidence among the diverse races and religions so that we can leverage on the assets of the diversity in Malaysia for the country to become a world top-class nation.

This is our greatest challenge as Malaysians in a new Malaysia to reset nation-building policies and directions. The price for our failure will be a dire one – a divided Malaysia and a failed state.