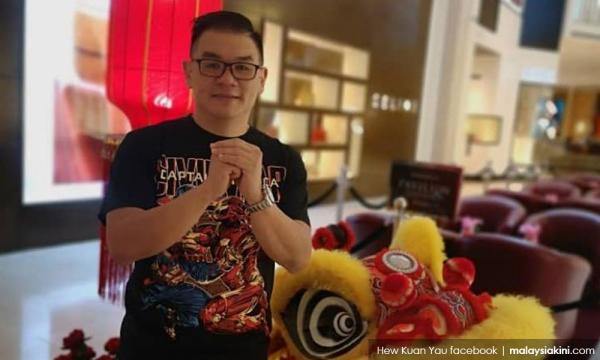 Najib took the first shot by recounting Hew's reputation of being crass and vulgar, citing his 2016 remark urging voters in Sarawak to vote DAP's Abdul Aziz Isa and "use a Malay to screw the Malays."

"Until today, he has not apologised for this remark," Najib said on Facebook.

He then further claimed that Hew's resignation from DAP for saying the South China Sea belongs to China was meaningless.

He said this was because Hew, better known as 'Superman' for his penchant for wearing attire that sported the comic hero's logo, continued to speak at DAP ceramah.

"Hew has done a lot for DAP. His appointment (to the MCBC) is a DAP political appointment.

"I think the government does not dare to cancel this DAP appointment. How can they dare to do so? This is DAP's will," Najib said.

In a response to Najib, Hew said he had apologised for inappropriate remarks that were "crude, vulgar, and insensitive."

"However, that was the 'Superman 1.0'. Now the time has come for 'Superman 2.0' to move on to face arduous tasks in strengthening the business cooperation between Malaysia and China in order to benefit the economic development of the country.

"Please allow me an opportunity to transform and move on.

"But how about you Najib? Are you prepared to publicly apologise to the nation for the harm and damage that you have done to the country's economy, reputation and national dignity? Have you ever repented?" Hew shot back.

Najib has been slapped with 41 charges for 1MDB and SRC International- related offences. He has denied all allegations against him.

MCBC chairperson Tan Kok Wai, who is also the DAP chairperson, has defended the appointment saying Hew is qualified for the job.