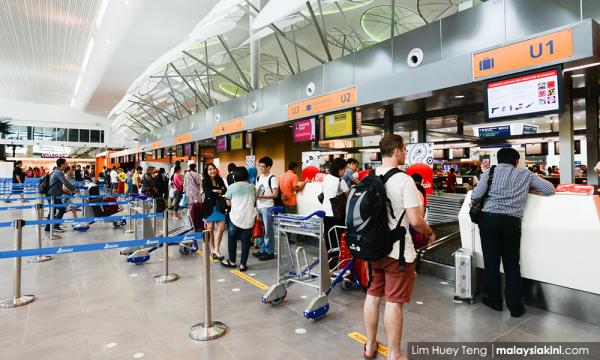 "It is common practice in the aviation industry for PSC to be collected by the airlines from the departing passengers upon purchase of their flight tickets, and thereafter, the PSC is paid to the airport operator following completion of the flight," it said.

MAHB added that in fact there are some airports in the world such as in Sydney and Melbourne that charge both departing and arriving passengers.

The airport operator further said that in November 2017, Mavcom had announced the final step for the full equalisation of PSC across all airports in Malaysia which was to take effect on Jan 1, 2018.

This last step was to equalise the PSC for non-Asean international flights at KLIA2 with that charged at KLIA and other airports in Malaysia, from RM50 to RM73.

The rationale for the equalisation as stated by Mavcom was the need to move towards a more internationally accepted cost-based mechanism for charging PSC, which was consistent with the principles outlined by the International Civil Aviation Organization (ICAO), the need to lower the subsidies at KLIA2 and the need to facilitate air travellers welfare, it added.

MAHB further noted that when Malaysia’s charging models are benchmarked with other airports regionally, it could be seen that airports charge the same PSC rates for all their terminals regardless of airline.

"The equalised PSC for Don Mueang and Suvarnabhumi airports is BHT 700 (RM80) for all international passengers (Asean and non-Asean)."

MAHB said that currently, all other airlines operating at KLIA2, such as India’s largest low-cost carrier IndiGo, collect and pay the PSC rate of RM73 for non-Asean international passengers.

It added that the Condition of Use (COU) 2017 is applicable to all airlines operating at both terminals in Kuala Lumpur (including AirAsia), and the contract states that the PSC rates payable are subject to any revised Mavcom regulations.

On Thursday, AirAsia served a notice on MASSB, claiming almost RM480 million in damages for losses incurred from operating at KLIA2.

AirAsia attributed its losses of RM479,781,285, mainly from the loss of customers in the last four years due to disruptions and poor conditions of the KLIA2 terminal.

MAHB in its statement today said it is optimistic that these matters can and will be resolved, and underlines that the jurisdiction on contractual matters rests solely with the courts and this is being dealt with at present.

"It is in the best interest of our shareholders for MAHB to recover through proper means the loss of an average of about RM7 million per month due to AirAsia charging a lower amount than the gazetted rate.

"The disparity of approach to PSC and AirAsia’s action is also distorting competition, to the effect that it impacts our ability to attract new airlines into the country and lessen the efforts in making Malaysia into a strong aviation hub," it added.