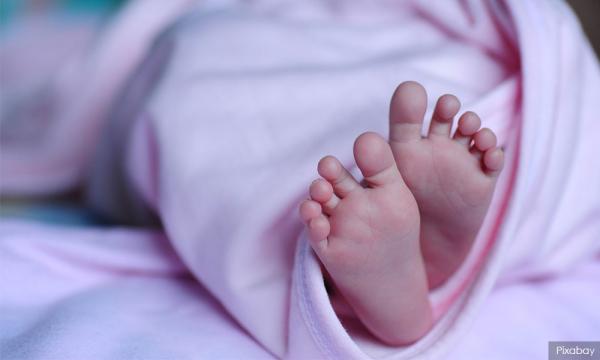 COMMENT | One of the most enduring arguments to perpetuate female circumcision in Malaysia is that the way girls are circumcised in Malaysia is a far cry from the savage mutilation that is experienced by girls in Africa.

In Malaysia, it really is just a matter of a prick so small, the tiny infant probably will have no memory of the ordeal at all.

So why are we making such a big deal about it, really?

You see, there seems to be quite a bit of discrepancy around the notion of ‘harm’ - and what it really means at a physical, psychological and societal level.

The truth is the physical harm factor does exist.

At the 69th Convention on the Elimination of All Forms of Discrimination Against Women (Cedaw) session in February 2018, the representative from Malaysia’s Health Ministry reported that 83 to 85 percent of Muslim baby girls have been circumcised by medical professionals at private clinics with absolutely no complication at all.

And let’s flip the table on this for a moment: Are there any physical benefits at all which warrant circumcising girls?

It is medically clear that circumcision for boys is done for hygiene purposes. But this is not true for girls. In fact, for most girls, there is hardly any scarring or physical evidence that circumcision was done to her.

All allegations of circumcision of girls being done for cleanliness are disputable and frankly, do not make sense, given that it is simply a prick.

If something has over 15 percent chance of going wrong and have zero medical benefits, then why are we still doing it?

As a firstborn daughter, I remember my family telling me about all the traditions they proudly upheld in initiating me to the culture.

They held a big kenduri around the first time they brought me outside our house in the upacara pijak tanah where the soles of my feet touched the blessed earth for the first time.

At the same kenduri, I also experienced tahnik whereby a tiny piece of sweet date was placed in my mouth and adat naik buai, where I was placed on a suspended cloth swing and lulled to sleep. Needless to say, it was quite a party for me.

For my family, on the other hand, it was a joyous day of celebration with all the merriment one would expect whenever friends and loved ones gather.

Customs are important to us as a matter of identity. They encapsulate a sense of inclusiveness into a culture and a community. To have all these has a psychological effect - obviously not on the baby - but on the parents.

To have participated in the perpetuation in the customs of our ancestors brings a sense of pride to parents. They have not only fulfilled their ‘obligation’ to their traditions, but have officially - with all these practices - passed on the torch to the next generation.

The truth is, the baby has zero recollection of her circumcision experience. But the parents can now boast that she has done it, and another culture checkbox is ticked off. Particularly to the mother, who is often on the receiving end of such inquiries, it is quite a relief.

What does the Quran say?

What is most disturbing, however, is how at a societal level, Islam is still being used to justify circumcising girls.

In the first place, we are not even doing it the way the prominent fiqh references of the Syafie school of jurisprudence (mazhab) in the Nusantara region tells us to.

In the Kitab Nihayah Al Zain Fi Irsyad Al Mubtadiin, the Tuhfah Al Mauduud Bi Ahkami Al Mauluud and even the Fiqh Al Sunnah, circumcision of girls clearly describes precision cuts (in most cases, the removal of flesh) to the clitoral area above the vagina. The area where the tear is to be made has been described to be in the shape of a rooster's crown.

These cuts are a far cry from the mere prick as dismissed by many proponents of circumcision of girls. Why have cuts been reduced to pricks? Did a realisation of harm occur along the way? Or better yet, a realisation that it really did not make any difference at all? Because if this is so, then at least what we can agree at this point is that the act is merely symbolic.

This explains why there is such a variation in the method applied in performing female circumcision today. Some people use scissors, blades, scalpels, razors, knives, needles, nails - all of which makes and leaves different scars.

Every hadith that has ever claimed to promote circumcision for girls has been disputed as dhaif (weak). According to Sheikh Dr Yusuf Al-Qaradawi, an Islamic theologian, in Fatawa Mu’ashirah, there is not a single evidence which is sahih (authentic) and sareh (clear) from neither the Holy Quran, Sunnah, Ijma’ or Qiyas which makes circumcision religiously mandatory for girls.

Darul Ifta Al Masriyah points out that the clear evidence that circumcision is not necessary for girls is the very fact that our Beloved Prophet himself never had any of his own daughters circumcised.

In the absence of textual evidence, we must look at the maslahah (greater good) which the practice has on baby girls and society at large.

Recently, there has been this thing going around to say that uncircumcised girls are the cause of teenage pregnancies, dumped babies, and zina (adultery). These allegations stem from the ancient belief that girls are born with such an insatiable amount of lust, that she must be tamed through circumcision which is thought to reduce these sexual prowls to more ‘controllable’ levels.

Firstly, unless one seriously mutilates the girl in such a way that her genitalia becomes practically unusable (as in the case of how circumcision is done in some African nations), there is no medical evidence at all which proves that circumcising girls does anything to reduce the sexual expressions of girls.

But secondly and more importantly, isn’t it absolutely unfair that these so-called social issues are all the fault of girls? With the rising number of rape cases, why aren’t we doing anything about the sexual appetite of boys?

Because the answer lies in control. Specifically, the control that society wants to have over girls.

It may come as a surprise to some, but sex - of all things - seems to be at the core of society’s grip over women.

When they are little girls, they were told to be quiet and submissive.

When they grow into young women, they were told that their bodies are a source of shame and sin.

When they become wives, they were told to be dutiful and obedient to their husbands.

And when they get daughters, they were told that they must be tamed through circumcision.

Oh, one last thing to dispel before I end this article: That the call to end female circumcision is liberal western propaganda encroaching into our conservative eastern values.

Malaysia’s insistence on continuing the practice drew flak from both the UN Cedaw Committee in February 2018 and the Universal Periodic Review in November of the same year, with many Muslim-majority countries echoing the call to end the practice.

While Malaysia retorts that their circumcision is not the same as our circumcision, what we also need to wake up to is the fact that when those countries ended their brutal versions on FGM, they did not replace it with our docile pricking version of circumcision. Not even for symbolic purposes.

Ultimately, the absence in the requirement for female circumcision in most of the Muslim world proves that Muslim women can live dignified and respectful lives without having been circumcised.

It is high time that Malaysia ticked this off the list - there really are so many other more important things we should be exerting our energy to do. Ending female circumcision is just a no brainer.

MAJIDAH HASHIM is Sisters in Islam’s (SIS) communications manager. She can be reached via Twitter at @majidahhashim.