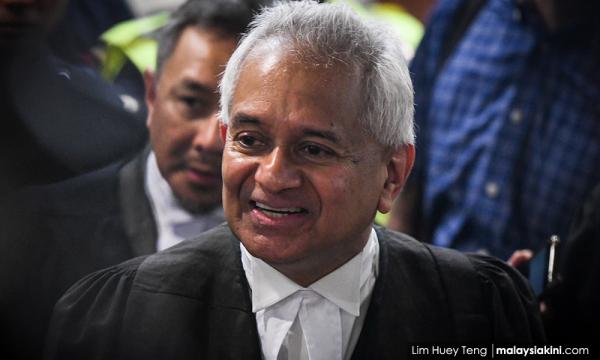 Attorney-general Tommy Thomas has defended the need for an investigation into the Election Commission's alleged misconduct in the run-up to and during the 14th general election.

This comes two days after Shim Lip Keong, the chairperson of the tribunal set up to conduct the probe, had questioned if its own proceedings were academic, since the six former EC commissioners under probe had resigned.

In a statement today, Thomas stressed that the six former commissioners are not immune from the scrutiny of the tribunal despite no longer being in office – especially given the gravity of the 13 charges against them.

“These are very serious charges which, if established, will demonstrate personal culpability on the part of the EC members for the way in which GE14 was organised.

“The relevant period of time that the tribunal is tasked to investigate is before and after polling day (May 9, 2018). The members were then in office, and it is their conduct then that is being investigated," he said.

“The resignations of the EC members were clearly a deliberate move to frustrate the investigations of the tribunal, and to avoid the ignominy of being removed with all its attendant consequences.

“The resignations were tendered immediately after it was reported that the government had begun the process of establishing such a tribunal, and yet were ‘post-dated’ unilaterally by the EC members to take effect on Jan 1."

Thomas further stated that the pensions of the six commissioners could be affected by the findings of the tribunal.

“The outcome of the tribunal proceedings can potentially have direct financial implications to the EC members’ entitlements to pension and other benefits which will accrue to them upon resignation.

“But these may not be payable if they are removed,” he stressed.

The attorney-general, nonetheless, insisted that he would not interfere with the decisions of the tribunal.

“Ultimately, the tribunal is free to decide on the preliminary issue as it wishes, and to make recommendations to His Majesty (the Yang di-Pertuan Agong)."